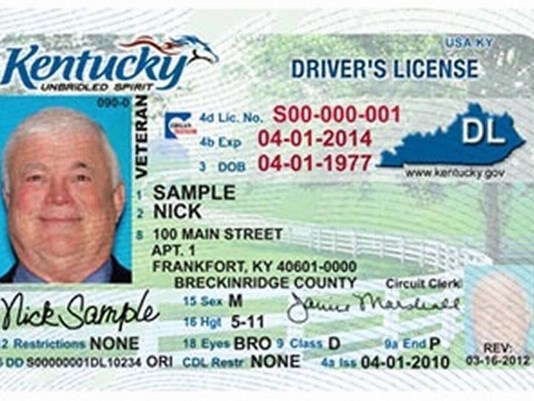 House Bill 410, sponsored by Rep. Jim DuPlessis, R-Elizabethtown, would create the voluntary travel ID, an enhanced driver’s license that could be used to board airplanes and enter certain federal facilities, including certain military facilities, as of Jan. 1, 2019, while meeting security standards of the 2005 federal REAL ID Act. The bill would also spell out rules for the issuance of a “standard” driver’s license, permit, or state personal ID card as of that date.

The licenses, permits, and IDs under HB 410, both enhanced and standard, would be issued by the state Transportation Cabinet instead of the state Office of the Circuit Court Clerk, as they are now, and allow the documents to be renewed for eight years instead of the current four.

“If that person wants to get on an airplane they will need to take their standard Kentucky driver’s license along with some supplemental that the government has listed, maybe a passport,” said DuPlessis. “Standard practice, standard driver’s license, and enhanced practice gives you the voluntary travel ID.”

Kentucky issued driver’s license and/or permits and personal ID cards to around 20,000 immigrants in the state in 2016, said DuPlessis. If that same number were issued annually under HB 410, he said that could mean around $600,000 in additional state Road Fund dollars.

Other provisions of HB 410 would allow former members of the Kentucky National Guard and Reserve to have that service designated on their driver’s license, and allow spouses and dependents of active duty military stationed outside Kentucky to get a Kentucky driver’s license or personal ID.

When asked by Rep. Mary Lou Marzian, D-Louisville, if there would be public education and outreach about the new licensing and ID procedures that would be established under HB 410, DuPlessis answered with a swift “yes.”

“I’ve spoken with the Transportation Secretary and he’s emphatic that we would do exactly that,” he told Marzian.

HB 410 now goes to the Senate for its consideration.