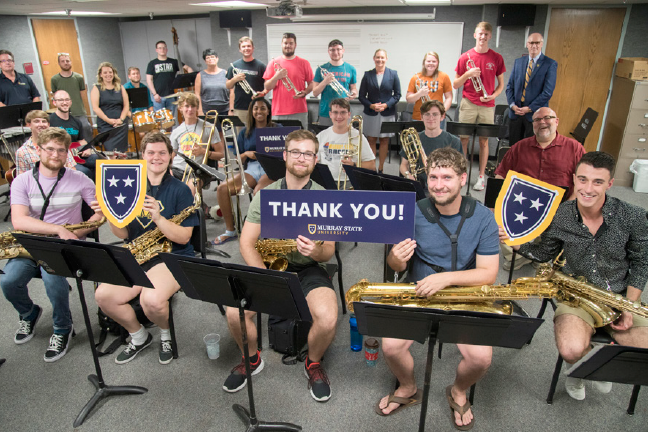 Murray State University experienced growth in new freshmen, graduate and transfer students as well as a 1.1% increase in overall enrollment for 2019-20.

Recent national rankings include recognition as a “Best Bang for the Buck” by Washington Monthly, one of “America’s Best Colleges” by Forbes for the 12th straight year and a “Top Tier University” in U.S. News & World Report for the 29th consecutive year.

A measure of student life on campus, Racers can join one or more of the nearly 180 student organizations. Nationally recognized dining chains such as Einstein Bros. Bagels and Chick-fil-A opened last fall, and Starbucks and Steak ’n Shake are among others coming to campus soon.

“High-quality, career-defining academic offerings position students for success beyond graduation as Murray offers more than 140 programs,” says Shawn Touney, executive director of marketing and communication. “An emphasis on innovative academic programs that are in high industry demand, such as the university’s new Master of Science in cybersecurity management, continue to be introduced.”

Commitment to student success is supported with the “Racers Give” campaign, which Touney says raised over $215,000 for need-based scholarships for current and future students.

The City of Murray, in Calloway County in western Kentucky, was recently named one of the nation’s top 50 safest college towns by SafeWise.com, and it was the only Kentucky city in the top 50.