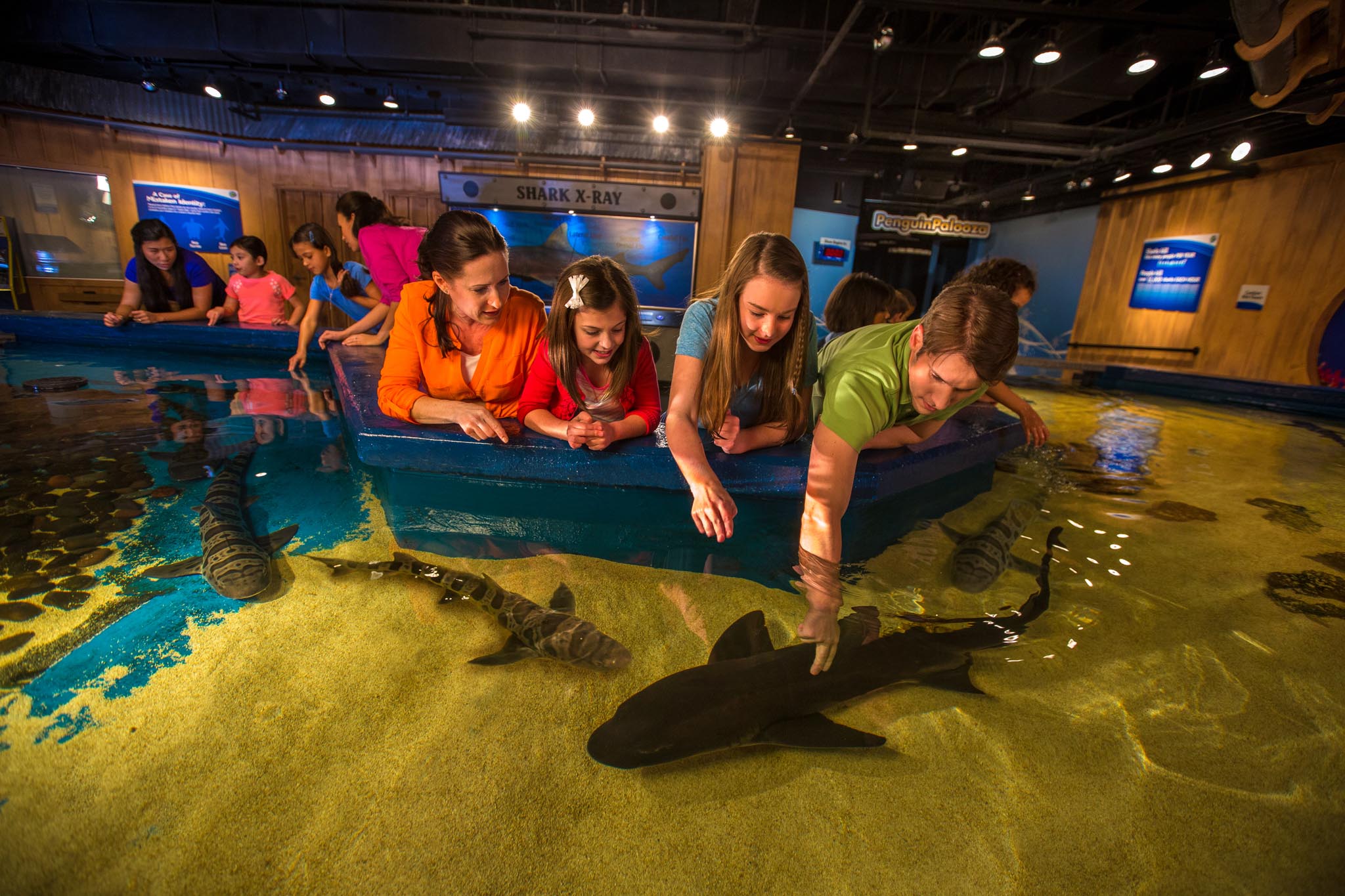 Newport Aquarium’s popular Shark Summer returns starting this Friday May 27. All summer long, the aquarium is highlighting these important and often misunderstood animals. Visitors are challenged to face their fears and get up-close to dozens of sharks as they learn the important role these animals play in maintaining healthy ocean ecosystems. This year, you can visit the Shark Nursery, featuring real shark eggs from several species. You’ll also have a chance to touch sharks in Shark Central, including the new California horn shark.

California horn sharks live in the shallow rocky reefs off the west coast of the USA. Their pinkish skin and polka dot spots stand in stark contrast to the common image of sharks as sharp-toothed hunters on the prowl. In reality, sharks are an incredibly diverse family of animals. While the aquarium’s blacktip reef sharks circle the reef hunting in packs, many other species are much more docile, allowing guest to touch them while learning about their special sand-paper-like skin.

“Sharks are one of the most intriguing creatures under the sea, yet one of the most misunderstood,” said Kelly Sowers, General Curator at Newport Aquarium, “Shark Summer helps to disprove myths about these finned friends by giving guests a new kind of access to them.” That access includes touching sharks in Shark Central and crossing over the top of the 385,000-gallon shark tank on the world’s first Shark Bridge.

In addition to Shark Summer, which runs May 27 to September 11, 2022, visitors can experience the aquarium’s newest exhibits added this year including the all-new Coral Reef Tunnel and the new baby Orinoco crocodiles, one of the rarest and most endangered reptiles in the world. Capacity is limited so advance tickets are strongly recommended. Visit NewportAquarium.com for tickets and information.