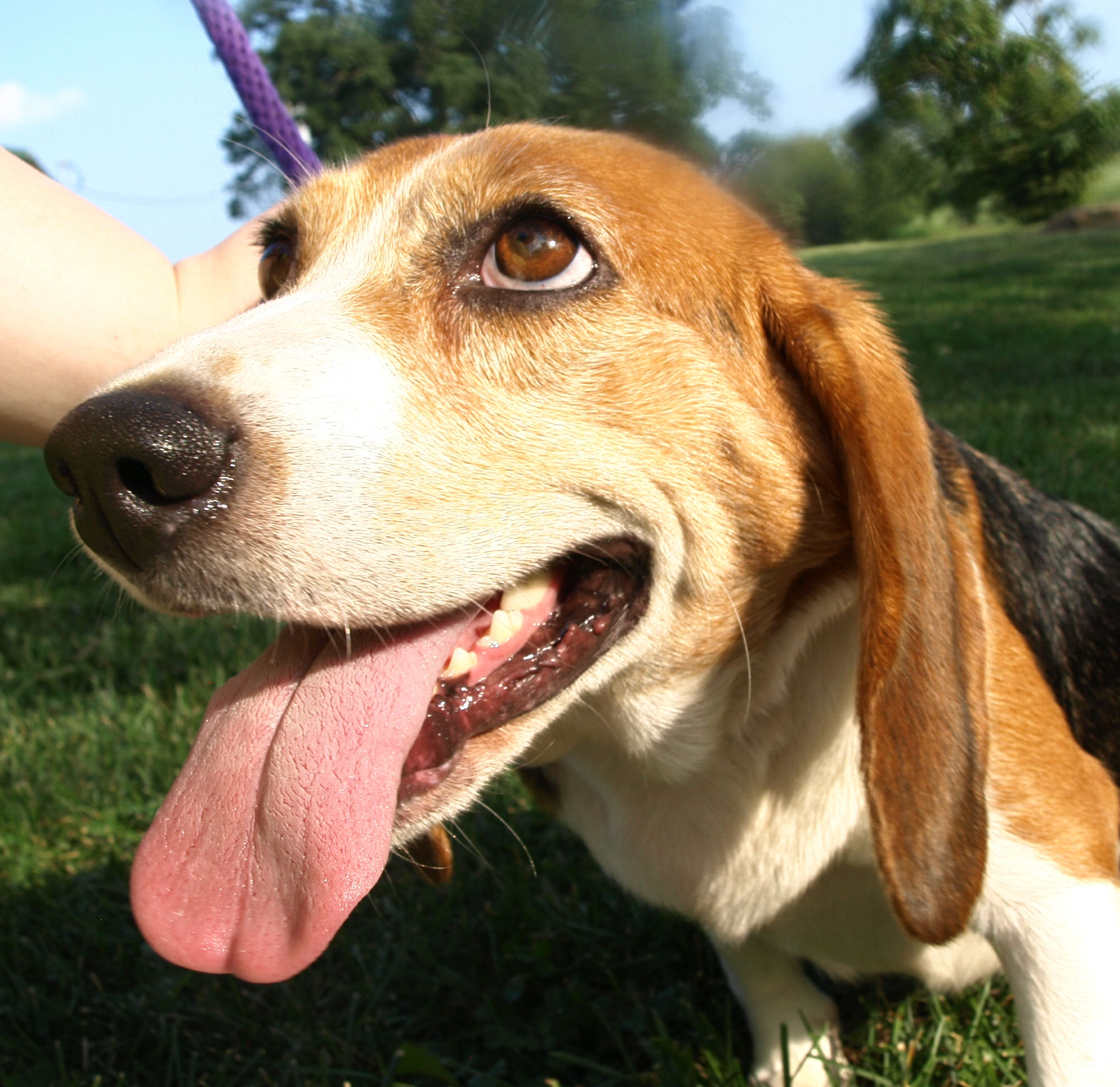 It all started because I was feeling like a hypocrite.

For several years, I’d been talking the talk: writing this Creature Comforts column, transporting dogs to out-of-state adopters, doing public speaking to motivate people to adopt shelter animals rather than buy from breeders.

But I wasn’t walking the walk: for all my preaching, I didn’t have the nerve to work hands-on with the shelter dogs I spent so much time advocating.

What finally changed my mind? The people at the Shelby County Animal Shelter in Shelbyville. I’d written about them before—they’re the only no-kill county-run shelter in the state—and I’d remained friends with the staff. I was so impressed with their involvement with the community and the compassion they showed the animals that I was transporting for them exclusively, quickly getting caught up in the day-to-day dramas and personal stories about the dogs.

So I took a deep breath, gathered my courage, and approached Kelly Catlett, who coordinated events and the volunteers at the shelter. I explained that I wanted to do more than transports, but was terrified that spending one-on-one time with the dogs would be a depressing, heart-wrenching affair. Or that I would add to the 17 furry kids I already had at home.

“I totally understand, I’ve been there myself,” she said. “But it really isn’t like that. Let me mentor you—we’ll take baby steps, no commitment, and you can decide for yourself.”

And so it began.

Kelly was a terrific mentor. She stuck with me like glue, explaining the operations of the shelter, hand-picking dogs for me to walk and play with, veering me away from difficult dogs or those with particularly sad stories. I asked her how she managed not to fall in love and take all these dogs home.

“You just can’t,” she said with a shrug. “If you overload yourself, then you can’t properly care for them; that’s just a disservice to the dogs, and you’re certainly not doing yourself any favors.

“You have to focus on the fact that while you’re at the shelter, you’re giving a dog time and attention that’s so needed. You’re bringing the dog joy, giving him a good day.”

I was exhilarated after my first day. I’d walked and played with several dogs, and I was amazed at how it made me feel: it wasn’t depressing, it was joyful. The dogs I’d spent time with were laughing when I left, and the hundreds of kisses I got from them were evidence of their gratitude.

It was the same with the staff. I left the shelter to a chorus of, “Thank you so much for your time!” “So glad to have you on board!” “Can you come again?”

I settled into a routine of going to the shelter whenever I could, branching out to more dogs, and getting to know their individual personalities and behavior traits. Kelly started leaving me on my own once I stopped feeling so helpless and overwhelmed. I’d taken those baby steps, and was thinking about what else I could do to help.

A common theme I’ve discovered in talking with people across Kentucky is that so many think there’s nothing they can do to help an overcrowded shelter, and they shudder at the thought of working in a shelter, saying it would just be too heartbreaking, without even trying it to see for themselves.

Well, I’d dispelled one myth. The next step was to tackle the “there’s nothing I can do” belief that’s so prevalent.

I talked to Rusty Newton, the shelter’s acting director, and asked permission to try out some ideas I had. I had a speech prepared explaining how these new ventures could benefit the shelter. But before I could explain, Rusty said, “Absolutely. Go for it.”

The first endeavor was to get a professional photographer on board. Until now, I’d resisted the idea of joining the phenomenon known as Facebook—it seemed like a total waste of time. But then I realized what a boon it might be if I used it only for animal rescue purposes. So I put a message out asking for a volunteer photographer. The pictures the shelter used on the Web were less than stellar—nobody there was much good at it, and animals are notoriously difficult to get good shots of—so I figured somebody out there would like a chance to expand their portfolio and at the same time lend a hand to their community shelter.

Turns out, Facebook really does work—I netted a photographer in just days. Adeline Vaughn, a high school student, jumped at the chance. An avid photographer and animal lover, she was thrilled to be able to do something she loved, and help animals at the same time.

Her work knocked our socks off: never before had we had such beautiful photographs of our animals, capturing their personalities and showing marvelous facial expressions.

Next step—marketing these photographs. Adeline’s photographs showed happy, laughing, full-of-life dogs—no more sad faces through the doors of cages—and we wanted to get these out to the public.

What has long struck me is that when shelters advertise their dogs, whether in print or on the Internet, the focus is so often on the sad plight of the animals, almost to the point of guilt-tripping people. Too many animals are adopted out of impulsive sympathy, only to be returned when the owners realize they weren’t ready to adopt.

So, I thought, what if we put a happy spin on things and use a little wit to bring attention to our animals? I chose some photographs to post on Facebook and got to writing.

For a sweet dog named Mona, I wrote, “Hey, all you men out there, looking for a chick magnet? Come take pretty Mona out to play, and I guarantee she’ll find you a date!”

When Shelby County contracted with Spencer County to take in their stray dogs, I said, “Psst, yeah, you—don’t spread it around, but we’re now IMPORTING dogs from Spencer County! Nobody else has these dogs, and they won’t last long: we have a limited number of makes and models, so get yours today!”

The shelter had to confiscate some beagles who became part of a court case. Because the owner would not give up ownership, the shelter kept a running tab of boarding fees on these dogs and the puppies that were born while at the shelter. The spin on that? “Oh, people, you’re not gonna believe this: the Shelby County Animal Shelter has beagles that are worth $30,000! How is that possible, you ask? Because they come with an incredible story—come find out for yourself!”

Keeping with the beagle theme, I posted this: “Hey, did you know that SCAS has mucho sabueso perros? It’s true, we have more of these than any other shelter around! Oh, not up on your Spanish? I’m talking beagles, lots of ’em—come get tu mejor amigo today!”

Max was a Lab with particularly piercing eyes, so when Adeline got the perfect shot of him, I said, “You are now hypnotized by Max. Do not question this. Go straight to the shelter and rescue him. You will awaken when I clap my hands three times.”

I had a lot of fun with these postings, and knew we were on to something when a young couple came to the shelter and said, “We came to ask about the $30,000 beagles?”

We even gave some old ideas a new twist. When we had a yard sale at the shelter, we let people name their own price, explaining that the money would be used to spay and neuter dogs and cats. And people responded: we raised enough money to alter 20 animals. I tried to calculate how many unwanted litters that one yard sale prevented, but I lost count.

And when we held our first Adoption Blitz, I posted this on Facebook: “Where else can you get a hot dog for $1 and the hairy kind for just $10?”

Meanwhile, I was still spending individual time with the dogs, and it was inevitable that I would get attached to many of them. A dog named Dax was in the shelter for weeks before I even noticed him—he tried mightily not to draw attention to himself. This timid, abused dog was probably also the homeliest dog I’d ever seen. I had to practically drag him out of his kennel, and once outside he wanted only to lie down and curl up into as small a ball as possible. My heart broke, and I made a point of spending time with him whenever I was at the shelter. After a few weeks, he began to blossom, smiling when he saw me, and cautiously enjoying his time outside in the grass. There was a good dog in there: he just needed someone to give him a chance.

But nobody was looking at him, nobody was interested in adopting him. I worried about him: he seemed happy enough—the shelter was a better home than he’d had before—but some dogs can go cage-crazy if too much time goes by.

Breaking my own rule about only doing happy postings, I voiced my concerns about Dax on Facebook. I told his story and said, “I truly believe in this dog, and I’ll sponsor his adoption fee for the right home.”

And along came Dax’s savior. A young woman in Michigan contacted me and said she felt really drawn to Dax. I talked to her at length, learning that she was a bit timid and neglected herself, and needed a companion.

“When I first saw Dax,” she said, “I thought maybe it would be a good thing to get a dog like this considering some of the stuff I have been through. Maybe we could help each other be more confident.”

Her application was approved by the shelter, drivers were found to transport him, and Dax went to his forever home.

I’d added a clause to her contract that she had to keep us all updated on Dax—and give him at least 100 kisses a day—so in her first update she thanked us all for going to such trouble to get Dax to her: “He’s such a special boy who has a lot to offer. He just needed you special people to help him in life.”

It was with happy tears that I later posted, “Not only was this a fairy tale ending for Dax, but a good lesson that sometimes the dog that was overlooked was the best dog all along.”

Helping shelter animals takes a lot of care and compassion, hard work, and creativity. But it’s also the most rewarding work I’ve ever done, and has brought me more joy than I’d ever imagined. Frankly, I don’t know who gets more out of it, me or the dogs.

So the next time somebody says, “There’s nothing I can do to help,” I’ll invite them to sit down and get comfortable. I’ve got a story to tell.