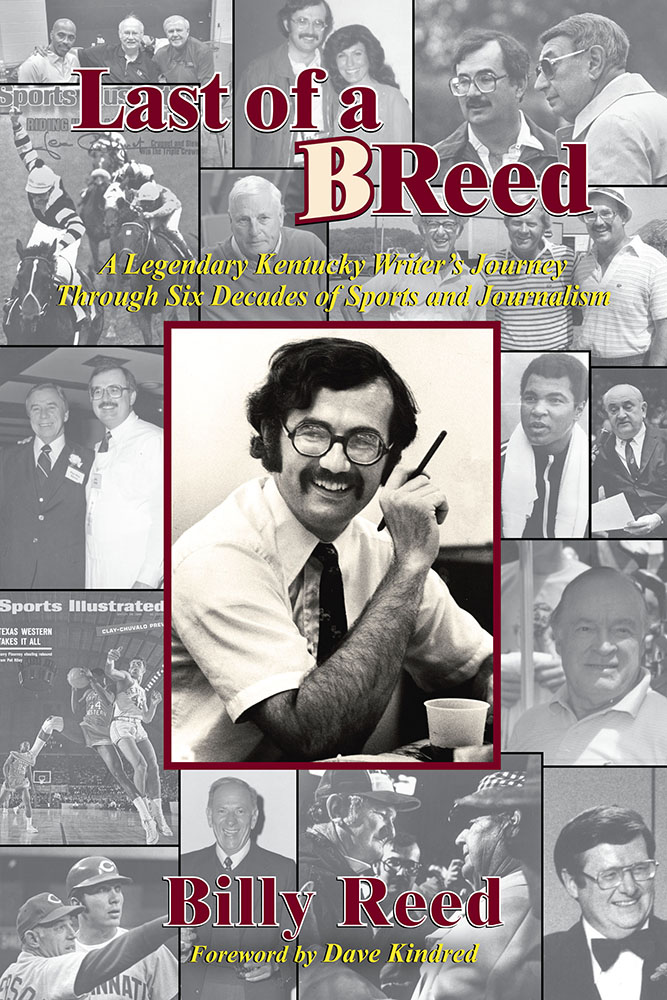 With the start of a new school year also comes the return of “Friday night lights,” cool fall evenings spent on the bleachers cheering the home team, and reading about the gridiron action in the next day’s newspaper, thanks to local sportswriters.

Mt. Sterling native Billy Reed began his sports journalism career in 1959 less than a month after his 16th birthday, covering Little League games for the Sunday Lexington Herald-Leader. Having been heavily urged by his father to get a summer job, Reed stumbled into what would become a lifelong career. He reflects on memories, accomplishments and lessons learned in his memoir, Last of a BReed: A Legendary Kentucky Writer’s Journey Through Six Decades of Sports and Journalism (Acclaim Press, $26.95).

Over the course of his career, Reed has written extensively for the Louisville Courier-Journal and for Sports Illustrated, covering 15 sports and earning the prestigious cover story of the magazine 12 times.

He has submitted stories from 45 states and from Mexico, Canada and France. His many professional accolades include induction into the Kentucky Journalism Hall of Fame and Kentucky Athletic Hall of Fame along with multiple awards from the thoroughbred industry for his racing coverage.

Despite Reed’s vast writing experiences, he claims never to have dreamed of writing a book, but explains, “…Here I am, all these years later, trying to leave something of value and interest to my family, friends and anybody who might be interested in what it was like to work in a golden era of sports writing, using tools and methods that now seem ancient. I’m also writing this book in the hope of encouraging young people who might feel their dreams are impossible…”

Reed surely couldn’t have imagined the list of famous folks he would meet and ultimately count as friends. He remains humbled, however, when his readers tell him he made them “laugh or cry, get mad or glad or just think.” And even after six decades, Reed says, “I love the games and athletes as much as ever.”