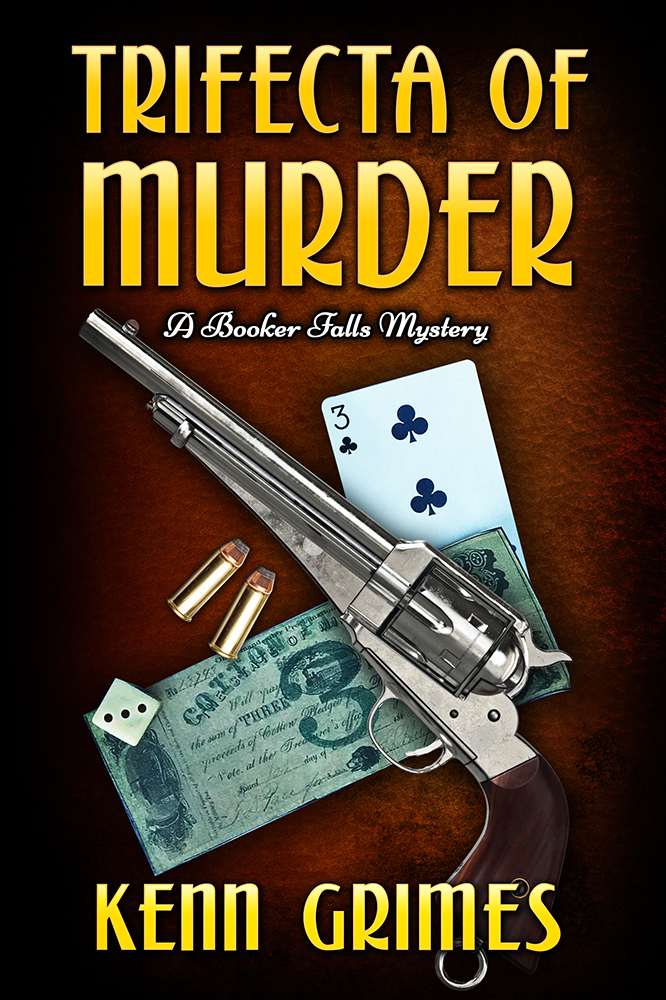 Louisville author Kenn Grimes takes his readers back to what one might think was a simpler time in 1920s Michigan. However, the small Upper Peninsula town of Booker Falls experiences three murders in just four days, and the suspects are as plentiful as the victims.

Trifecta of Murder, (Cozy Cat Press, $20), the follow-up to Strangled in the Stacks, finds librarian Myrtle Tully and Constable Henri de la Cruz on the case again as they try to connect the crimes and expose the killer. Having previously solved a 28-year-old cold case, Myrtle has earned a reputation as quite the super sleuth, a fact that Henri begrudges, but that compels him to allow her to assist with the investigation. Sparks fly between them as Myrtle unravels the web of details that are dismissed by law enforcement.

Add to the mix the appearance of a large foreign stranger, a couple of illicit affairs, a gambling addiction, and inheritances at stake, and the town is anything but simple and quiet. Were the murders all about lost love and money or will more sinister secrets be revealed?

Grimes splits his time between Kentucky and Michigan, two of the 13 states in which he’s lived over the years, experiencing life from coast to coast. Before he became a writer, his diverse career pathways included banking, running a leading wedding service business in Hawaii where he officiated over 3,600 ceremonies, serving in the U.S. Navy, and until his retirement, serving as a Lutheran minister. He claims one of his biggest regrets is not starting his writing career earlier.

Grimes quips, “When someone asks me if I write fiction or nonfiction, I tell them fiction. In order to write nonfiction, you actually have to know something. With fiction, you just make it up.” Besides writing, Grimes lists his current passions as playing Scrabble, horse racing, following University of Louisville athletics and hunting morel mushrooms. Connect to his monthly blog to learn more about the places and events that appear in the Booker Falls mysteries at kenngrimesauthor.com.