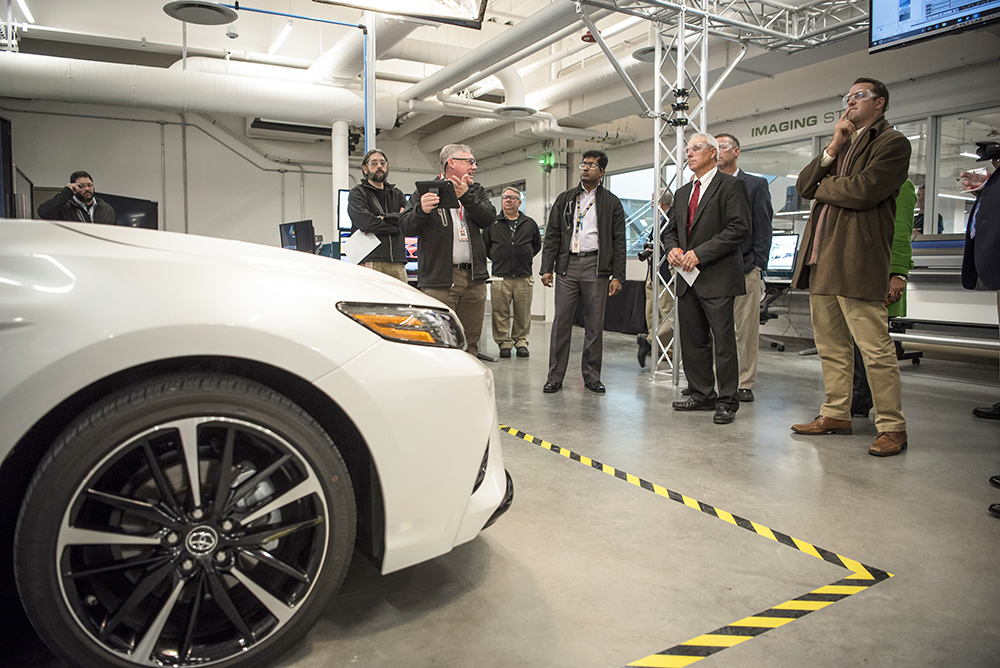 More than 30 years ago, Toyota decided to invest in Kentucky, and in 2017, the company’s commitment to the state has only strengthened. Toyota Motor Manufacturing announced more than $1.5 billion in projects last year alone.

“Today, the plant stands as Toyota’s largest in the world, building America’s No. 1-selling car, the Camry sedan. Toyota Kentucky is now more than 30 years old, so we are reinvesting in our plant to prepare for the next 30 years.”

The company will do so under new leadership. In early December, TMMK announced Susan Elkington would become president in 2018. She succeeds Wil James, who retired after a 30-year career.

“Toyota New Global Architecture is about exciting, ever-better vehicles for our customers as it will improve performance of all models, including increased fuel efficiency, more responsive handling, and a more stable, comfortable feel while driving,” Jim Lentz, CEO of Toyota Motor North America, says.

In October, Toyota announced the opening of its $80 million North American engineering headquarters in Georgetown. That followed a September announcement of a $120 million expansion relating to hybrid parts production at the Georgetown plant.

The Kentucky investment was part of a $378.8 million announcement to remain the top manufacturer of hybrid vehicles worldwide.

“We continue to see signs that consumers agree that there remains a place for hybrids—for example, the increase in demand in 2017 for vehicles like the RAV4 Hybrid. And, with the inevitable increases in fuel prices in the future, the hybrid powertrain remains a part of our core powertrain strategy.

“As for the future, we’re investing primarily in developing fuel cell vehicles, like the Mirai, which is fueled by hydrogen and emits only water vapor.”

The Mirai is available on a limited basis in California and as of October 31, 2017, more than 2,400 retail deliveries had been made. The company had a goal of 3,000 retail deliveries by the end of 2017. Toyota has made three U.S. hydrogen infrastructure investments, and, Chatham says, “once the infrastructure catches up, more Mirai vehicles will be rolled out into more areas.”