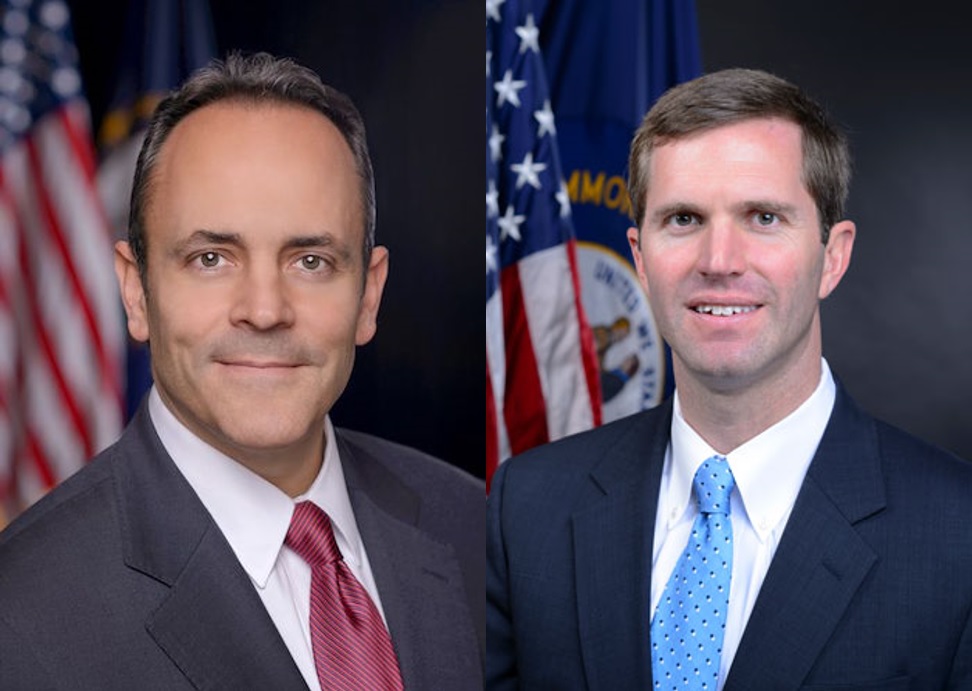 On November 5, Kentucky voters will elect the commonwealth’s constitutional officers for the next four-year term.

We are grateful to both candidates for replying to our questions about key issues facing rural Kentucky, in particular the commonwealth’s energy future, economic development and workforce development.

In addition to advocating for issues that affect the ability of Kentucky’s electric cooperatives to deliver safe, reliable and affordable electricity, co-ops are also leading the drive for more voter participation in the rural areas they serve.

The nonpartisan Co-ops Vote campaign aims to both improve rural voting and make sure that rural voters are aware of important issues. Since the launch of Co-ops Vote in 2016, Kentucky Electric Cooperatives has championed the cause, encouraging consumer-members attending local co-op annual meetings to make sure their voices are heard at the ballot box.

“If rural Kentuckians want elected leaders to pay attention to their concerns, voting is the most effective method,” says Chris Perry, president of Kentucky Electric Cooperatives. “I encourage all Kentuckians to join me in making the commitment to vote.”

Eligible voters, no matter where they live or whether they are co-op members, can participate in Co-ops Vote and take advantage of its voter resources. Just visit www.vote.coop and take the pledge to vote in this year’s elections. Once you’ve registered, you’ll have access to information on registering to vote, where to vote and background on all the candidates.

“The communities and rural areas served by co-ops are facing challenges that require attention and respect,” Perry says. “It’s easy to attack rural electric cooperatives. We are paying attention to see who gives co-ops and their members a fair shake in Frankfort.”

As the flagship publication of Kentucky’s electric cooperatives, Kentucky Living posed the same four questions to both Bevin and Beshear, allowing each a total of 400 combined words to answer all questions.

What is your vision for the energy future of Kentucky?

Bevin: Our energy future must be intertwined with my vision that Kentucky will become the engineering and manufacturing hub of excellence in the United States. We are in the process of fulfilling that vision precisely because of Kentucky’s low energy prices. Kentucky is second in the entire nation in aerospace exports. Automotive and pharmaceuticals are also major export categories for our commonwealth. In fact, we broke our all-time record as a state with $31.76 billion in international exports in 2018. Maintaining this growth is dependent on affordable, safe, reliable and environmentally responsible energy production.

Beshear: Kentucky needs an all-of-the-above approach to energy. One of the biggest challenges working families face, especially in eastern Kentucky, is that their energy bills go up year after year, while good jobs are hard to find and wages remain flat. Kentucky families shouldn’t have to choose between putting food on the table and keeping the lights on. As attorney general, my office has opposed dozens of utility bill hikes and helped save Kentucky families nearly $1.6 billion. I will continue to advocate for consumers, affordable utility costs and smart energy policy as governor.

Beshear: Tax reform in Kentucky shouldn’t burden working families who are already struggling just to get by. My focus will be on closing sales tax loopholes for purchases of things like private jets and luxury yachts. Additionally, we have to stand up for consumers and hold utility companies accountable. Monthly energy bills should be reasonable and affordable, not the skyrocketing rates we have seen in many parts of Kentucky.

Bevin: I do not support taxing utilities that people need.

Bevin: I would refer you to my record thus far. No governor in America has outhustled me since I took office. Since the beginning of our administration, we have announced 1,160 new projects. We just broke the $20 billion mark in investments and are now over 52,000 new jobs. Perhaps most importantly, we have more people working in Kentucky than ever before. Many of these are in rural communities in Kentucky. Stay tuned, we are just getting warmed up.

Beshear: We must create family-supporting jobs and support small businesses in every part of Kentucky, including rural areas. My plan to create good-paying jobs focuses on growing economic sectors that Kentucky is positioned to lead in, like agritech and advanced manufacturing. These jobs of the future will draw on our state’s agricultural and industrial strengths as well as new technological innovations. We also have to rethink how we use tax incentives for job creation. My administration will move away from giving handouts to out-of-state CEOs and bring more jobs that pay a living wage to our rural communities. We also need to protect two of the main pillars of rural economies: health care and public education. While Matt Bevin attacks our schools and rural hospitals, they will be a priority in a Beshear/Coleman administration.

Electric cooperatives employ more than 3,000 people across the Commonwealth. What is your plan to ensure that Kentucky has an educated and prepared workforce for the future?

Beshear: Kentucky has the talent and the people, but Governor Bevin has failed to give our workforce the tools they need to compete in a global economy. Instead of cutting community colleges, I will expand job training programs in partnership with organized labor and strengthen career readiness in schools. We should also be fully funding public education, including community colleges and technical schools. Businesses will follow the workers, and I’ll always prioritize making sure Kentuckians have the skills they need to earn a good living for their families.

Bevin: Again, I have to refer you to my record. Our per pupil education expenditures were the highest in Kentucky history in our most recent budget. Meanwhile, programs like our Work Ready Skills Initiative, our Registered Apprentice Program, our Work Ready Scholarship and our Work Matters Task Report (which was recognized by the U.S. Department of Labor) represent a multimillion-dollar investment in Kentucky’s workers. These programs, along with public/private partnerships that are training world-class graduates in advanced manufacturing, are in place to ensure that Kentuckians have the skills demanded by job creators for 2019 and well into the future.