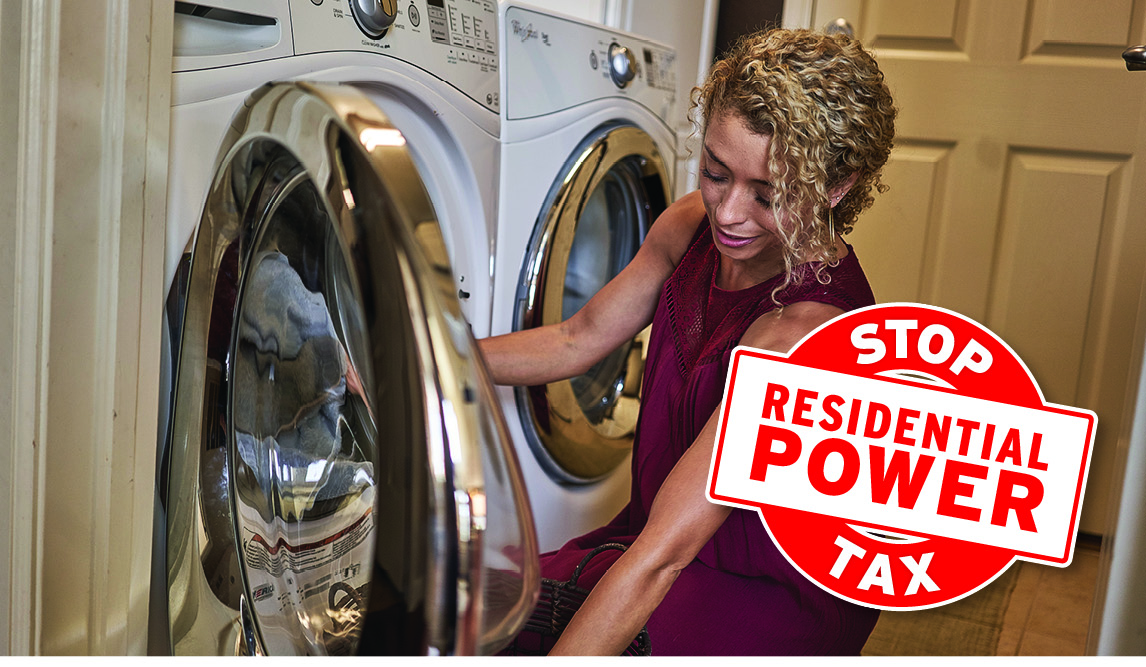 Kentucky’s electric cooperatives are asking local consumer-members to speak out now against adding new taxes to residential power bills. Before Kentucky legislators return to Frankfort in January, co-ops are urging consumer-members to join the grassroots opposition to any plan that would add taxes to the power you use at home.

“Rural Kentucky is suffering enough,” says Chris Perry, president of Kentucky Electric Cooperatives. “Adding any additional tax to electric bills would have a devastating impact on rural Kentuckians. Most rural counties don’t have access to natural gas, which means a reliance on electric heat. The prevalence of housing that is not energy-efficient also results in more electric usage. Co-ops are owned by the people we serve, and this is an important time for all of us
to speak up against a tax on residential power bills.”

To help local consumer-members speak out against this personal power tax, Kentucky Electric Cooperatives has launched a new grassroots website, RuralPowerKY.com. The website will keep Kentuckians informed about issues affecting safe, reliable and affordable electricity and enable them to directly communicate with legislators.

There is no cost to register with the grassroots campaign. RuralPowerKY.com is an easy, free option for Kentuckians to tell the General Assembly not to add a new tax on residential electric bills.

“Because co-ops are owned by and led by the people we serve in local communities, we work hard to help our members keep their bill as low as possible,” Perry says. “The way co-ops judge every expenditure is whether it helps us serve our consumer-members. A tax on every residential power bill would not help us serve our members. By keeping costs as low as possible, co-ops not only help household budgets, but also economic development in communities across rural Kentucky.”

The October start of the grassroots campaign coincides with National Co-op Month, when cooperatives across the country celebrate the many ways co-ops are unique and the consumer-members they serve.

About one in four Kentuckians receives their power from an electric co-op. Kentucky Electric Cooperatives is the statewide association of the state’s 26 electric co-ops, which collectively serve more than 1 million Kentuckians.

Though everyone can agree it is important for governments to adequately fund critical operations, Kentucky Electric Cooperatives will continue to speak up for local consumer-members to prevent extra charges unrelated to your electricity service from appearing on your bill. We invite you to join the grassroots effort on RuralPowerKY.com to stop a personal power tax.