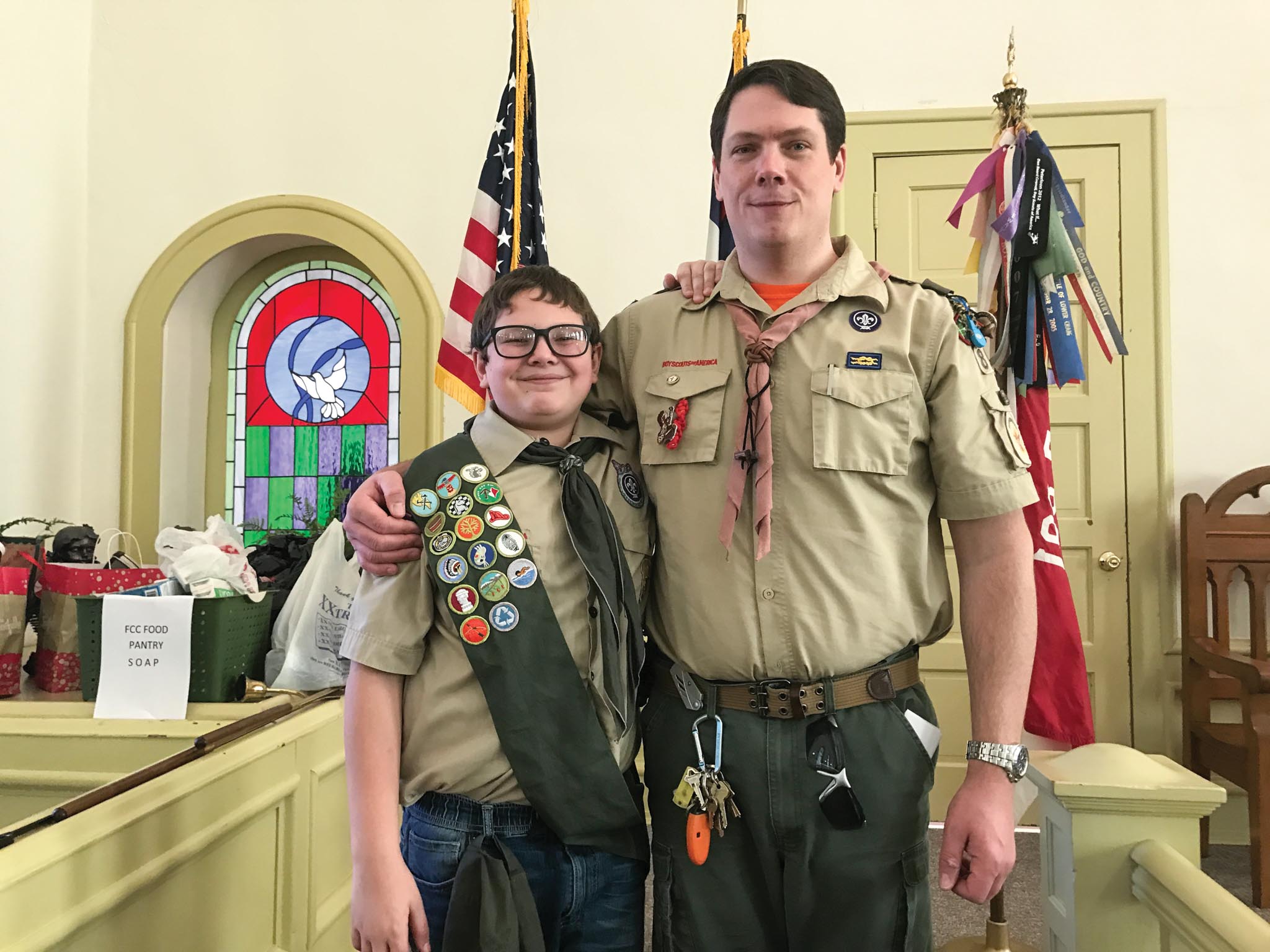 Owen Electric’s James Petreshock, shown with son, Jimmy, has volunteered for the Boy Scouts for years and now serves as a scoutmaster. Photo: Michelle Petreshock

When Jimmy Petreshock was in the first grade, he brought home a flyer about Scouting. Today, Jimmy, 17, is working to earn the rank of Eagle Scout, and his father, James, manager of technology for Owen Electric Cooperative, has moved through the ranks as an adult Boy Scout leader.

“It was a gradual process,” says James. “At first, it was ‘Can you help out here?’ Then I grew from a parent watching to teaching lessons. I have dual degrees in physics and astronomy, so I taught astronomy.”

Jason Todd, a board director with Inter-County Energy since 2005, and wife, Angela, say they rely heavily on community support to make the annual Jingle Bell Jog a success. Photo: Alexis Gooch

“A core purpose of Scouting is preparing the youth for the challenges ahead in adulthood, which is still a very important step for our youth,” James says. “The Cub Scout and Scout promise and motto, ‘I will do my best’ and ‘Be Prepared,’ are part of the lesson, and they have guided us. There are times you will make mistakes, but that is OK if you learn from them.”

Angela Todd and husband, Jason, a member of the Inter-County Energy board of directors, were “pretty much hopeless” back in 2008, as Angela describes it.

Angela’s father had been diagnosed with Alzheimer’s disease. At that time, most people knew little about the disease, and there were few treatment options.

“We soon realized there was nothing we could do,” she says. “That made me angry because Alzheimer’s made the medical journals in 1910 and treatment hadn’t come any further. We had to turn that anger into something productive. We wanted to raise money for research as well as raise awareness, so we started the Jingle Bell Jog in 2008.”

Since then, the event has raised $145,000; even during the pandemic, $15,000 was collected. Proceeds go to the Greater Kentucky and Southern Indiana Chapter of the Alzheimer’s Association.

The 5K walk/run lives up to its name as volunteers hand out jingle bells to all the participants to wear or shake. The jingling can be heard down Main Street in Stanford the first Sunday in December.