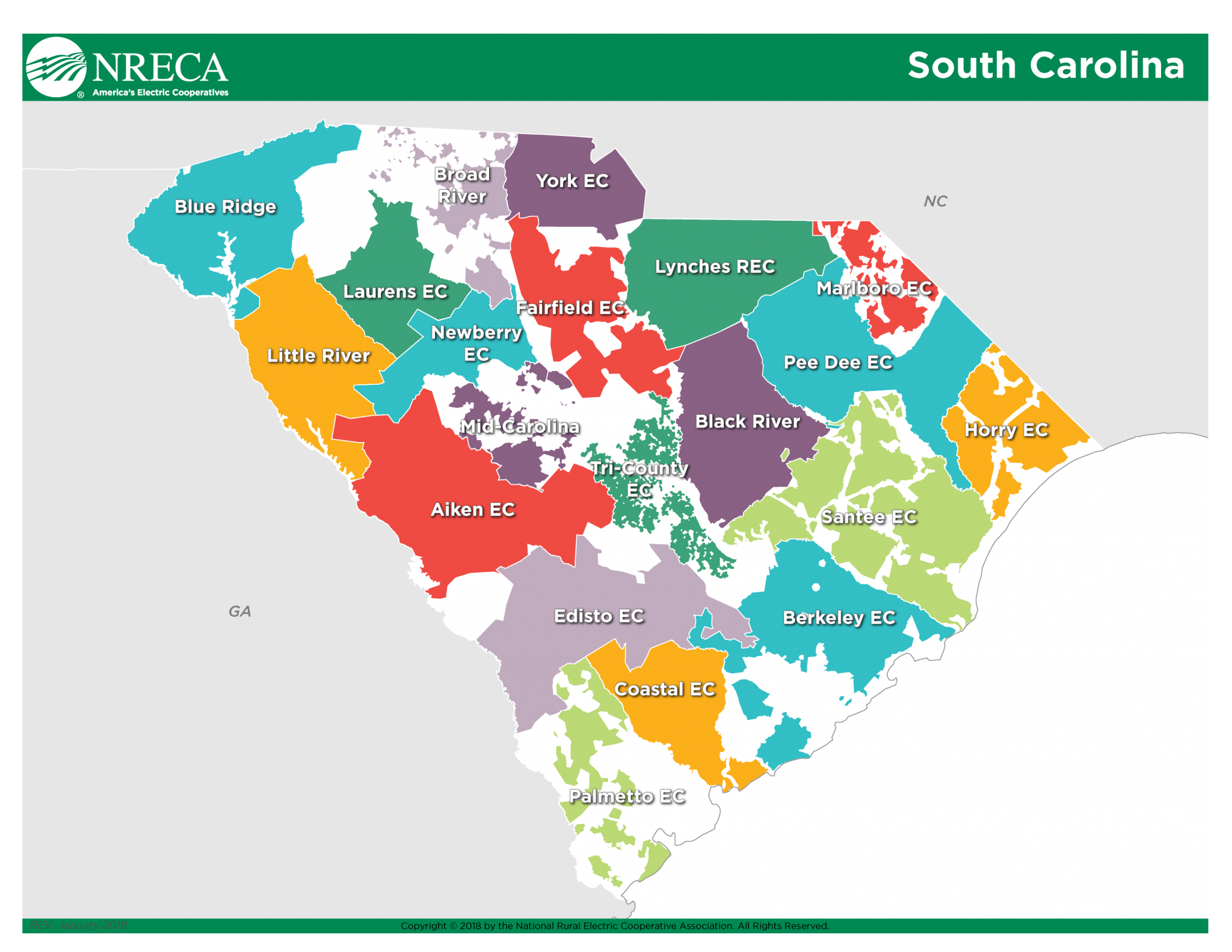 UPDATED September 16, 2018 – 3:00pm –Though tens of thousands of South Carolina homes and businesses remained without power on Sunday afternoon, Hurricane Florence largely spared the electric cooperative that had asked for help from sister co-ops in Kentucky.

As a result, Kentucky co-op crews that deployed on Saturday morning are back home, and other crews on standby are also not likely to be needed during this effort, according to Clarence Greene, Safety and Loss Prevention Director at the Kentucky Association of Electric Cooperatives.

19 Kentucky electric cooperatives had committed 160 lineworkers and released more than 150 right-of-way and construction contract workers to the mutual aid response. Crews are deployed only at the request of specific co-ops.

When Hurricane Florence made landfall on Friday, Berkeley Electric Cooperative in southeast South Carolina requested help from the Kentucky co-ops. Most of the power outages, however, have ultimately affected northeast South Carolina, territories where other mutual aid crews are responding.

“We continue to pray for the safety of everyone affected by this storm, including the mutual aid crews who are working to help,” Greene said. “Though we have not been pressed into service this time, we are proud to be a part of an electric cooperative program whose members stand ready to help.”

Through a careful coordination of mutual aid from co-ops in 12 states across the Midwest and Southeast, crews were paired with co-ops in the storm’s path. On daily conference calls in the days leading up to and through landfall, safety teams from each state assessed optimal deployments.

Kentucky co-op mutual aid deployments are coordinated by the Kentucky Association of Electric Cooperatives. The  deployments had shifted to South Carolina on Friday after co-ops who had originally asked for help in Virginia alerted KAEC that they no longer needed help.

The top priority of each local Kentucky co-op is service to its own consumer-members.  Before committing resources to mutual aid requests, each co-op ensures it has ample crews available for all local needs, including routine maintenance and emergencies.