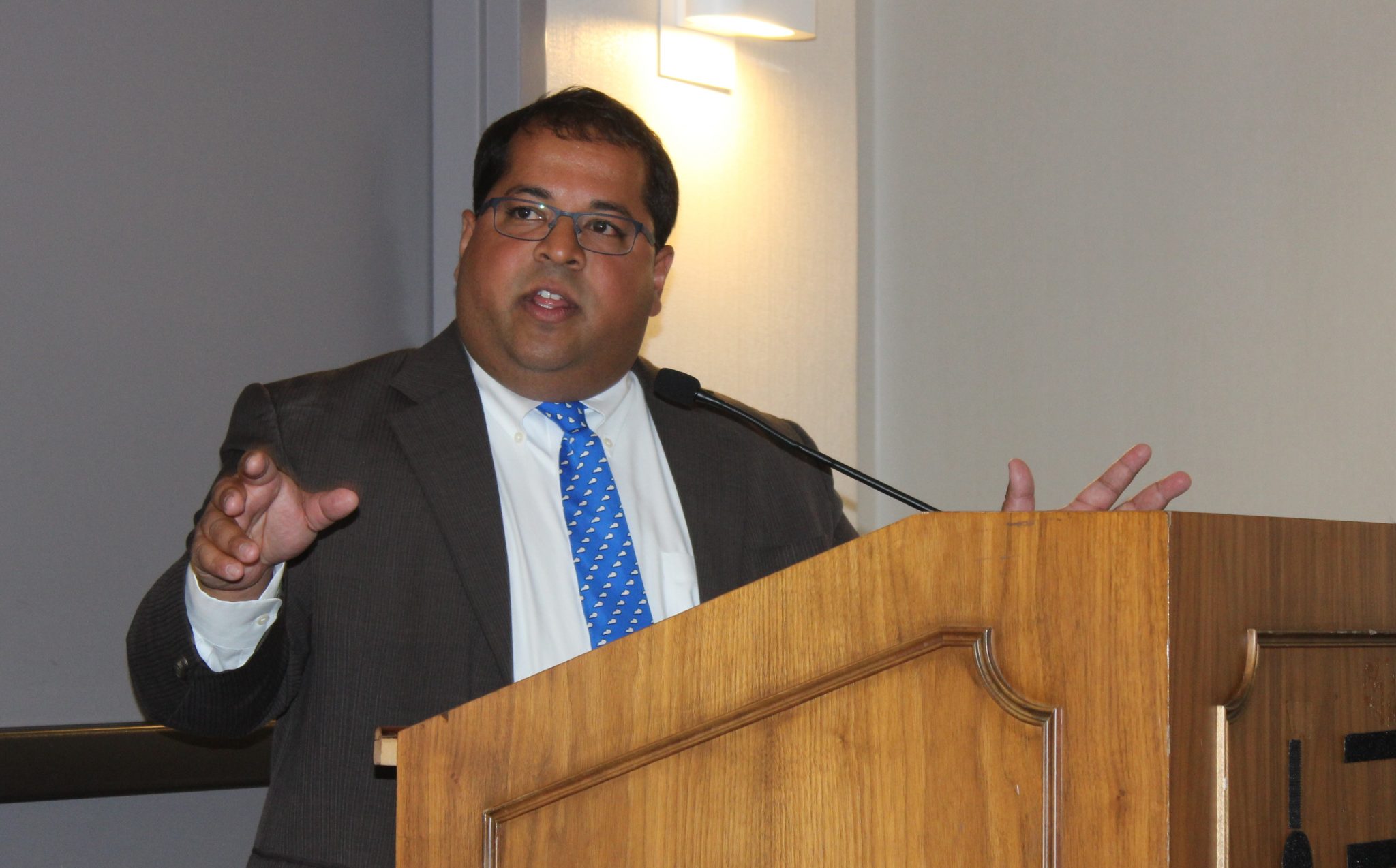 Kentucky native Neil Chatterjee has been chosen by President Donald Trump to serve on the Federal Energy Regulatory Commission.

The longtime aide to Senate Majority Leader Mitch McConnell has a background with electric cooperatives, having previously worked for the National Rural Electric Cooperative Association.

“Over the years he has played an integral role in the passage of major energy, highway, and farm legislation,” reads a White House statement announcing Chatterjee’s nomination.

At a reception in his honor last month in Washington, D.C. in April, Chatterjee told leaders from Kentucky’s electric cooperatives that he sees FERC as a largely non-partisan agency committed to securing America’s energy future.

As senior energy adviser to McConnell, Chatterjee helped craft energy and environmental policy in the Senate, and has been regarded as an instrumental player in the opposition to President Barack Obama’s Clean Power Plan that sets new and aggressive limits on carbon emissions, and fundamentally changes how electricity is generated, distributed and consumed in the United States.

“Our program is delighted President Trump has chosen Neil Chatterjee to fill a vacancy at the Federal Energy Regulatory Commission,” said Chris Perry, president of the Kentucky Association of Electric Cooperatives. “Neil is an extremely qualified individual with a wealth of knowledge.  We appreciate his support of electric cooperatives and our members.”

“We are thrilled to have yet another Kentuckian making sound policy decisions for our members,” Perry added. “We wish him the best of luck in the nomination and look forward to working with him in his new role.”

Trump also nominated Robert Powelson, a member of the Pennsylvania Public Utility Commission, for another vacancy on the commission. Both Republican candidates face confirmation hearings before the Senate Energy and Natural Resources Committee.

“I appreciate the president taking the vital first step to fill these vacancies,” said Jim Matheson, CEO of the National Rural Electric Cooperative Association. “I urge the Senate to move swiftly to consider these nominees once they are sent from the White House.  There is no reason to delay consideration. In fact, the longer the delay, the more daunting the backlog that will face the new commissioners.”

”FERC has been left with only two sitting commissioners for the past three months,” Matheson explained. “President Trump’s efforts to restore FERC’s quorum of commissioners would enable the agency to move forward on issues important to co-ops such as access to a diverse power supply, the certification of natural gas pipelines and ensuring the organized markets are meeting the needs of co-op consumer-members.”

“Neil has always been a great friend both personally and to our program,” said Chase Crigler, KAEC’s Community and Government Affairs Director. I could think of few better people to fill this vacancy. Neil’s knowledge of Washington, Kentucky and the regulatory process will make him invaluable in his new role. With Neil’s appointment to FERC, he is added to a growing list of Kentuckians who are bringing a little more of Kentucky to Washington, which in my view is sorely needed.”

Prior to serving Leader McConnell, Chatterjee worked as a Principal in Government Relations for the National Rural Electric Cooperative Association and as an aide to House Republican Conference Chairwoman Deborah Pryce of Ohio. He began his career in Washington, DC, with the House Committee on Ways and Means. A Lexington, Kentucky native, he is a graduate of St. Lawrence University and the University of Cincinnati College of Law.