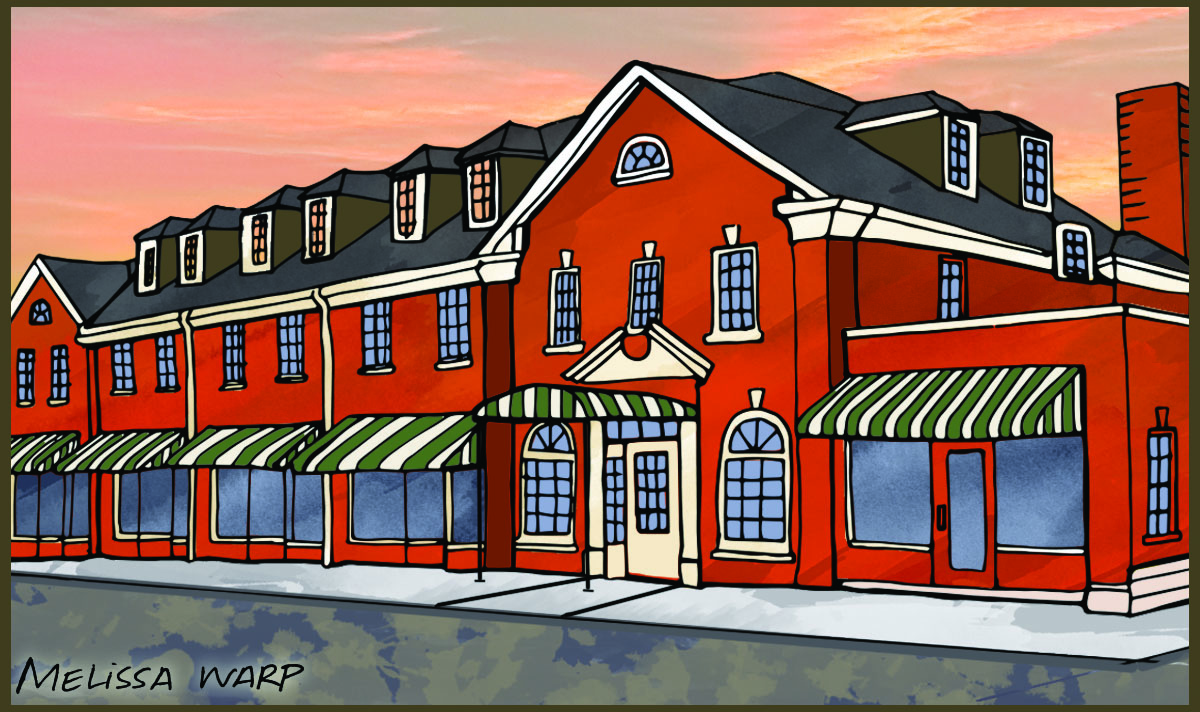 From cave to hotel, now a Wayne County landmark

As Robert G. Breeding was building a hotel in downtown Monticello in 1935—using mules, shovels, and hand labor to dig the basement—he discovered a cave beneath the site.

Wayne County is crisscrossed with many miles of mostly unmapped and unexplored caverns, and after Breeding apparently decided the cave posed no danger to the building, he came up with a plan to put it to good use. He sank a shaft about the diameter of a manhole cover more than 20 feet down into the cave—where temperatures were in the mid-50s—and used fans to circulate the cool air through the hotel during the warm months.

Museum director/curator David Smith recalls stories of, when there was a restaurant at the hotel, fruits and vegetables being stored around the mouth of the air shaft to keep them fresh—until some locals found a way to enter the cave from the outside, climb up the shaft, and help themselves to the produce. After a few years, the moist cave air became a problem in the hotel, and commercial air conditioning was installed.

In addition to its 35 guest rooms, the Hotel Breeding also provided retail space for a bank, a furniture store, a Western Auto and Ben Franklin store, and meeting rooms for civic clubs.

By the 1980s, business at the hotel had declined to the point that it was converted to a rooming house. It had been vacant several years when it was purchased in 1997 by the Wayne County Historical Society.

Now, the refurbished Colonial Revival style landmark, listed on the National Register of Historic Places, is home to the Wayne County Museum, and is once again a focal point of downtown Monticello. Nearly all of its rooms are filled with artifacts of the county’s colorful past.

One of the first-floor exhibits is a full-sized reproduction of the Monticello-Burnside stagecoach, believed to have been the last stagecoach operating east of the Mississippi River. The original, which was stored for years in Monticello, is now on exhibit at the Wells Fargo Museum in Los Angeles.

One of the second-floor exhibits is dedicated to musicians from Wayne County, including fiddler “Blind Dick Burnett,” whose early 20th-century song I am a Man of Constant Sorrow was popularized in the motion picture O Brother, Where Art Thou?

Fittingly, the basement where Breeding sank an air shaft to cool the hotel with cave air now has an entire room devoted to local caves. The room’s centerpiece is a small enclosure, capped by acrylic glass, through which visitors can peer into the lighted shaft at the illuminated cave floor 23 feet below, and see the cavern much as Breeding may have seen it in 1935.

For more information, go to waynecountymuseum.com.