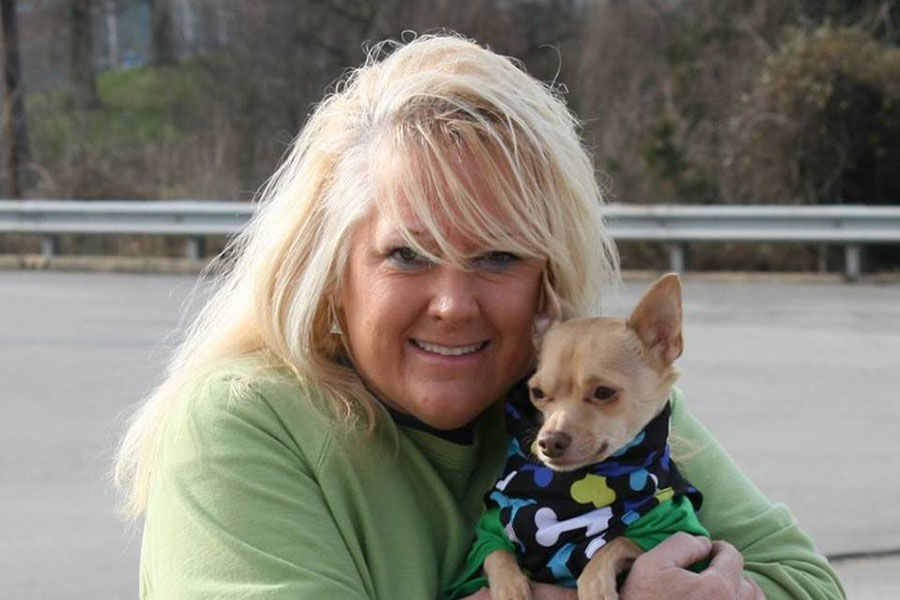 Lisa Carmany, who had to take a break from animal rescue when it just became too much. Photo: Lisa Carmany

“I can’t do it anymore.” If you’re in animal rescue, you’ve either heard these words, or said them yourself. And if you haven’t, you will. These are words often said by people experiencing burnout. Burnout, sometimes  called compassion fatigue, is most commonly associated with those in the medical field. It happens when a person has given so much of themself to help others, they forget to care for themselves.

But burnout is being recognized in the animal rescue world also. It can affect all levels of rescue work, from the vets, vet techs, animal control officers, shelter directors, and even volunteers.

Animal rescue is incredibly stressful, and never-ending. The American Journal of Preventive Medicine reported a suicide rate of 5.3 in 1 million animal rescue workers; this compares to a national suicide rate in America of 1.5 per 1 million. Depression and drug/alcohol use are also high, as are turnover rates at rescues.

“The guilt is crushing. If I say no to a dog, that dog might die. There just aren’t enough of us animal rescuers to go around.”

This is part of the problem, says Lisa Carmany of Nancy. She’s volunteered many years as a foster, transport coordinator, and cross-poster on Facebook. Though exhausted and broke much of the time, she loved the work until she tried to help a high-kill shelter by pulling some of their dogs and was met with resistance.

“I was begging for help,” she says. “The dogs were neglected, there was abuse at this shelter, there were reports of heartstick with no anesthesia.

“The turning point for me was when I went to pull some dogs that had a rescue ready to take them. The shelter knew this. And when I got there, the dogs had already been put down. I sat and cried, and realized I couldn’t do this anymore. We’re at the mercy of the public, they don’t realize the urgency and won’t step up to help with foster and transport.”

Ruth Neunlist-Conn of Louisville is the director of Bassett Rescue of Kentuckiana, and has been in rescue for 10 years. She has felt the toll that animal rescue takes.

“People don’t understand, rescue overtakes your life, it’s a full-time job on top of a full-time job for most of us. I call it the Rescue Mafia: you can’t get out of it.”

Ruth says part of the stress comes from what she calls “armchair rescuers,” those who judge and criticize on social media, but take no action to help.

“We get a lot of criticism if we don’t take in all dogs,” Ruth says. “Sometimes you have to say no to an aggressive or expensive special-needs dog, otherwise an adoptable dog may die. We get ripped apart by these armchair rescuers, but you know what? You can’t judge if you aren’t there.”

Kentuckiana Pug Rescue helps homeless or needy pugs in Kentucky and Indiana. Vice President Annie Julian Faircloth says she lives for the moments when she can help a dog, but recognizes she has to manage the stress or she will burn out too.

“I’m an all-or-none functioner,” she notes, “but I don’t recommend it. I foolishly let it control me, I live with it. But it’s important that you learn to rule the stress, don’t let it rule you.”

Having seen burnout in others and the high turnover rate in workers, she tries to prevent it by giving a lot of appreciation to volunteers.

“I want them to stay and not burn out,” she says. “Everybody wants to know they are appreciated. But you have to appreciate yourself, too. Carve out time for yourself, isolate yourself and recharge your batteries, or you will not survive.”

A study printed in the Journal of Applied Social Psychology, “The Caring-Killing Paradox,” looked at the toll placed on shelter workers whose job was to euthanize animals. Not surprisingly, the study found high rates of drug/alcohol use, stress, depression, and low job satisfaction.

Monica Robinson, in her many years as a shelter employee in and around Louisville, has seen this often in euthanasia technicians (ET). At a high-kill facility she once worked at, she took over ET duties for a technician who couldn’t handle it anymore: his nightmares had become unbearable. How was Monica able to handle the job?

“I adopted a different mindset,” she says. “I looked at it as a ‘good death.’ I had to rationalize that I was giving the animal the easiest death possible. I would love on and talk to each one before euthanizing them. The hardest ones were those put down for space, the puppies and the adoptable dogs. Still, it’s better than a slow death in a kennel.”

Monica says ET training is more compassionate than it once was, and will perhaps slow down the burnout rate she says usually happens between 5-7 years.

“To prevent burnout, shelters workers have got to have an outlet to talk. Even dark humor, like you might see in police officers at a death scene, though it seems morbid, can relieve tension and stress.”

In Elizabethtown, Brenda Luther, a doctor of clinical psychology, has counseled shelter employees who suffer stress from their job.

“So many animals, so few hours: it takes a toll emotionally. Shelter workers must deal not only with adoptable dogs, but those who have an anxiety and/or anger disorder, those who have been beaten, mistreated, bullied by other dogs, or have physical ailments—workers have to deal with all of that.”

Brenda adds that much of the stress she has seen resulted from animals who were adopted but brought back for problems that could have been fixed, once more putting the dog’s life in jeopardy, something every shelter has experienced.

Brenda believes that to prevent burnout, shelter workers need to let someone take care of them, to see a physician for medication if needed, and have a counter-person to remind the worker to say, “No, you can’t take in anymore.”

In addition to shelter workers, Brenda counsels those who have had to put down a pet and developed a stress disorder as a result. She helps these patients realize it’s often in the best interests of the pet to be put down, especially if the animal was a danger or was not going to recover from an illness. In those circumstances, she points out, it’s a kindness to the animal.