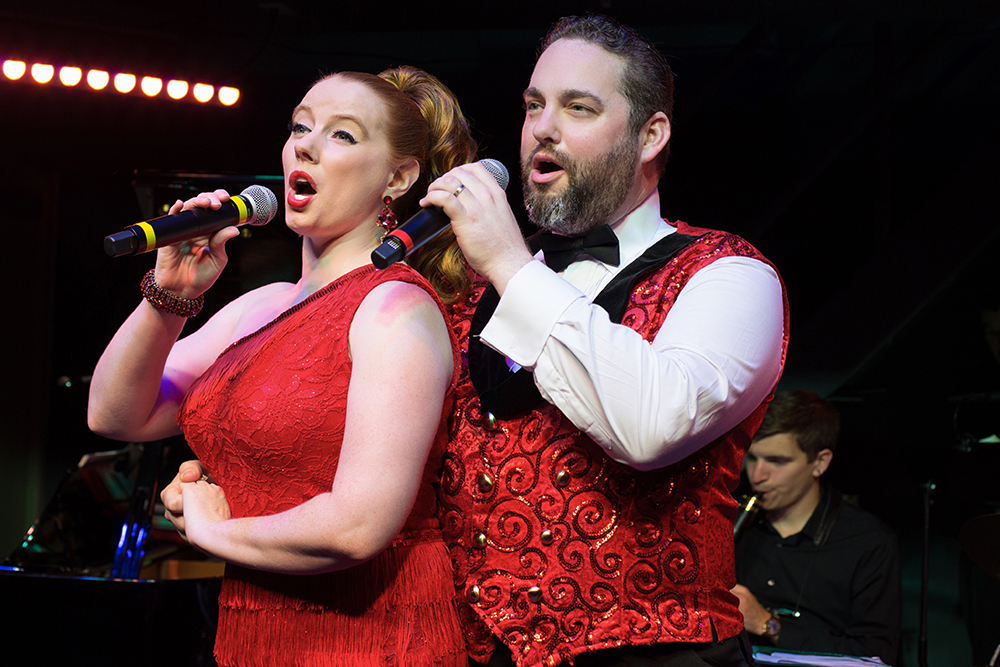 Aboard the American Duchess, a new, 166-passenger paddle-wheeler that cruises the Mississippi River, Courtney Cunningham of Bowling Green belts out Proud Mary, creating an off-the-charts energy that gets the audience rockin’ out to the well-known lyrics: “Rollin,’ rollin,’ rollin’ on the river.” The fringe on her red dress flies as she dances to the infectious beat of the fast-paced crescendo the crowd has been waiting for.

Courtney has a classically-trained soprano voice, and she admits she had reservations about performing the song Tina Turner made famous with her soulful, raw-edged vocals.

“I thought, ‘I’ll never be Tina,’” Courtney says, “but when we got in front of the audience, they were so excited to hear it. Suddenly, I was doing things vocally I didn’t even know I could do to try to capture that sound.”

The challenge of showcasing a variety of vocal skills, ranging from pop to country to opera, is one of the things Courtney loves about performing on the riverboat. She has to be a bit of a chameleon, channeling Dolly Parton one evening and Sarah Brightman the next.

During rehearsal for “popera night,” the chemistry between Courtney and Dustin is palpable when they sing All I Ask of You the bewitchingly romantic duet from Phantom of the Opera.

It takes them back to their college days when they were studying music and theater at Murray State University in western Kentucky.

Sailing off into the sunset with the love of your life sounds like a fantasy, but for Courtney and Dustin, it’s just an ordinary day.

During their 10-year marriage, the Cunninghams have performed on many cruise lines, checking off exotic bucket list destinations in more than 90 countries. Courtney’s favorite—Natchez, Mississippi, where she admires the graceful antebellum homes.

Dustin says the Bluegrass State will always be home no matter where their future travels take them.