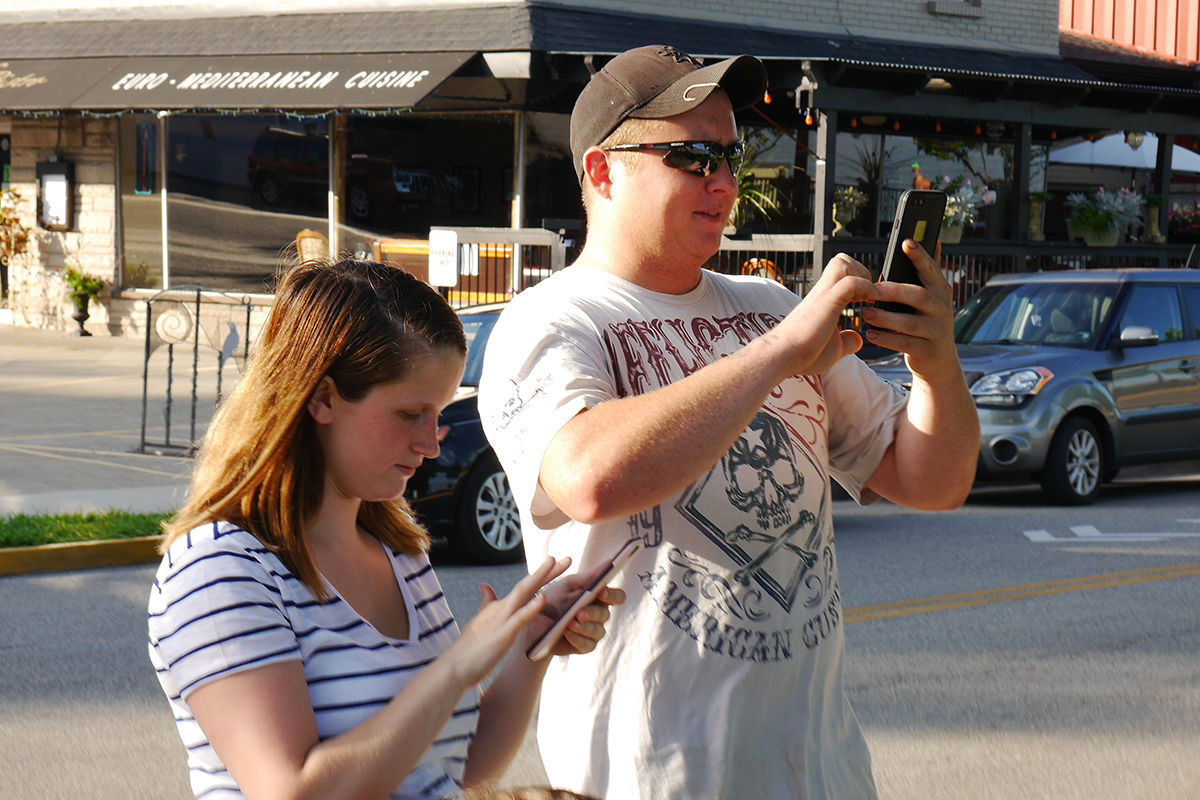 LOUISVILLE—It’s noon at a small coffee shop on Bardstown road, and a group of Sullivan University students talk among themselves at a table. Their heads are down and their eyes are glued to their phones. Suddenly, one of their phones vibrates, they snap to attention, pick up their phones. Staring at them intensely, one calls out, “It’s just a Pidgey.” Phones are tapped briefly. Pidgey is a Pokémon.

The students, Michael, Tyler, and Jared, have been playing the game for two days. They have never come across anything like it before, enjoying that the game encourages players to leave their houses and explore places they wouldn’t normally visit.

“The game uses your GPS to play, you have to go to monuments to get items,” says Michael. Tyler adds, “It’s a neat concept because it gets you to go to places you wouldn’t normally go, we have found art around town that we never knew existed.”

Adventuring is not the only appeal to players. Social interactions have become an engaging side-effect of the game’s success. Key points of interest in the game attract multiple players to the same location, enabling real-world interactions.

“I feel it gets people together for a common interest,” says Michael. “We were walking down the street, and saw other people playing, and we all just started talking about Pokémon.”

Farther down Bardstown Road, at restaurant Twig and Leaf, owner Gibin George confirms that he too has been caught up in the craze that is Pokémon Go! At the insistence of a friend, George downloaded the game to his smartphone and found how the game world blends into the real world by using both the phone’s GPS and camera quite entertaining.

“I get a lot of young kids down the street yelling Pokémon,” says George, “it’s interesting to see them all walking around.” 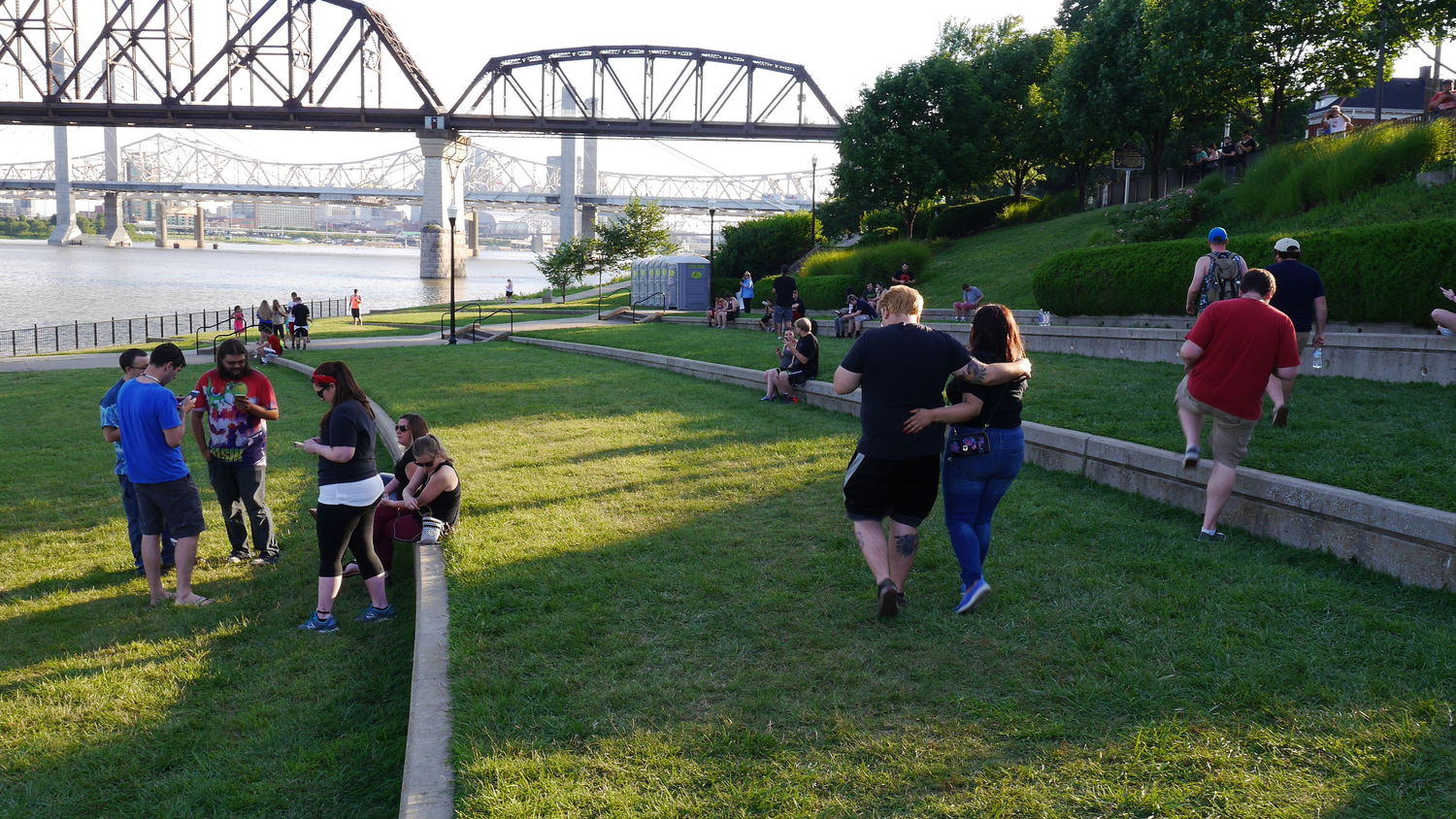 The Big Four Bridge (a walking bridge that spans across the Ohio river, connecting Indiana and Kentucky) has become another hot spot with more than 70 Pokémon Go! players showing up on a nightly basis.

“We have never seen anything like it,” says Carol Frere, an observer visiting the park with her daughter. “It looks adorable, I have no idea what they are are doing but it looks fun.”

One player by the bridge, Floyd Combs, felt that the only way to describe the game was as “the greatest thing ever.”

However, players weren’t just at the bridge to catch Pokémon. Both Alex Barnes and Rachael Downey felt the social aspect of the game was something really special.

“Look how many people are out here right now,” says Downey. Barnes adds, “You get to meet so many cool people.”

Local uniformed police  officers had also been spotted down by bridge playing Pokémon Go! Lamar, a bartender from Louisville, believed that the community really appreciated the police coming down and joining in their shared excitement for Pokémon.

Lamar, summing up his own excitement by saying “What better thing to bring a divided world together right now, than Pokémon.”