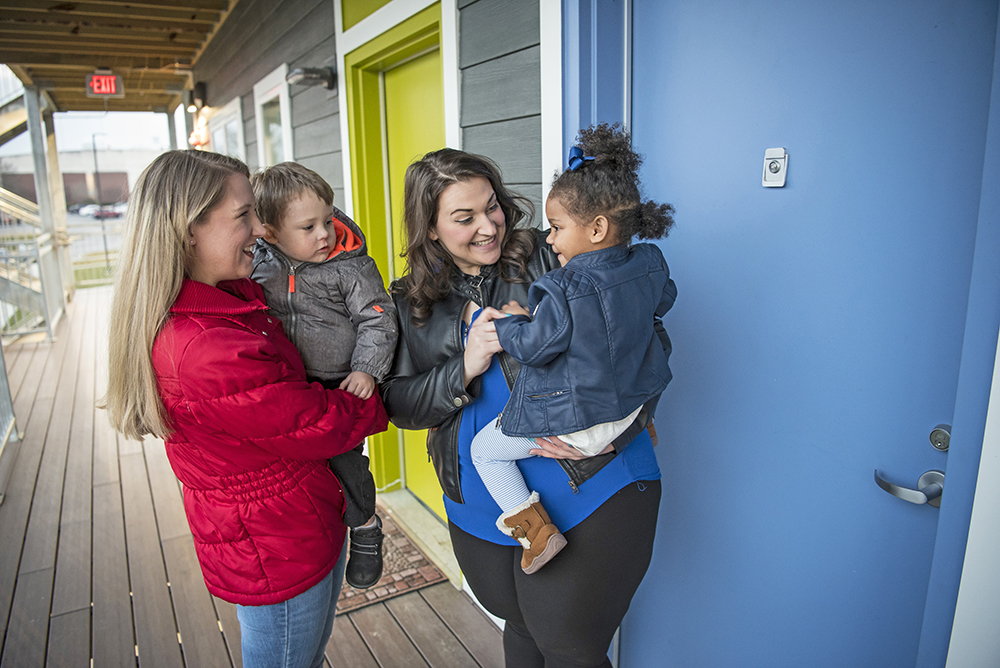 Now, thanks to Eastern Scholar House in Richmond, which opened its first apartments in July 2017, Lopez is working toward her master’s degree in occupational therapy at EKU, commute-free. “It’s so empowering, to go from being in a little bedroom where we were sharing everything to having an apartment where we each have our own rooms,” Lopez says. “And my grades are actually better now, because I’m not wasting all that time driving, which was taking away from my study time.” 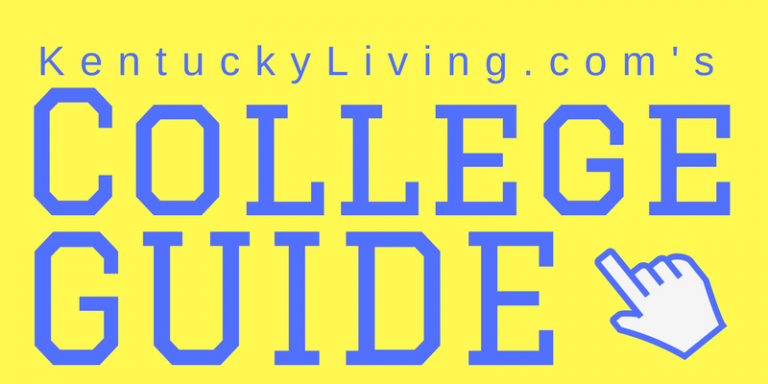 The EKU site is one of the newest locations in Kentucky’s Scholar House program, a statewide housing initiative facilitated by the Kentucky Housing Corporation (KHC)  that provides affordable housing, on-site day care and life-skills training to single parents pursuing a higher education degree.

Eastern Scholar House, operated by Kentucky River Foothills Development Council, Inc., also has been a lifesaver for Kayla Lester, a mom to 2-year-old daughter, Zayla. “I was in a car accident in June and no longer have a car. So we don’t have transportation and we don’t have family here,” says Lester, a native of Pikeville who’s pursuing a degree in medical information technology by taking online courses through Bluegrass Community and Technical College. “But the people here are so helpful. And it’s so comforting to know that Zayla’s school is just outside my window.”

Kentucky’s Scholar House program began in August 2008 with Louisville Family Scholar House, funded through the Kentucky Housing Corporation. It was modeled on the work of Lexington’s Virginia Place, which opened in 1986 and is now called the One Parent Scholar House, says Edwin King, KHC’s executive director.

Scholar House residents must be at least 18, have a high school degree or GED, and be enrolled in a higher education program that requires at least one year to complete. Single parents are given priority for rooms, and while specific eligibility requirements vary across locations—which are independently run—most ask residents to maintain at least a 2.0 GPA and attend monthly workshops on financial management, nutrition, parenting skills and more.

“It’s a gift to work with our clients,” says Melissa Gross, director of Eastern Scholar House and a Clark Energy member. “These are people who are overachievers: They’re single parents, going to school full time, working or volunteering at least 20 hours a week, and still keeping their grades up. It’s an honor to get to support them as they work toward their degrees, so they can move on to an even brighter future.”

Thanks to federal Section 8 vouchers, which help subsidize the cost of their housing, Scholar House residents pay only minimal rent—some as little as $50 per month—determined on a sliding scale based on their income from part-time jobs or other financial support. Most are able to pay tuition through Pell Grants or other financial aid, and they receive on-site day care services through Head Start, which provides free child care to low-income families.

Using multiple sources of aid that merge for maximum impact, Scholar Houses provide a lifeline to young Kentuckians who might otherwise have found it impossible to earn a higher education degree while balancing parenthood.

“During the last fiscal year, 198 single parents graduated from a Scholar House program, and of those, 128 had gainful employment immediately after they graduated,” King says. “Scholar Houses help break the cycle of poverty and allow residents to become successful, productive members of society.”

The program’s success has garnered national attention, with representatives from Ohio, Tennessee, Indiana and as far away as Rhode Island visiting Kentucky to learn how to replicate it, says KHC’s Mike Townsend, who assists in coordinating the Scholar House initiative across the state. “Kentucky has been the leader of this model, nationwide,” agrees King.

Path to a brighter future

In Louisville, the Family Scholar House program provides child care and support services not only to residents living in its roughly 280 apartments across five residential locations, but also to thousands more in need in the broader, surrounding community. Last year, the agency served some 3,300 families—including more than 4,400 children—in Louisville and southern Indiana, says Cathe Dykstra, Family Scholar House president and CEO. For those who live in a Family Scholar House residence, the program provides more than just a roof over their heads. It’s also a built-in support system and springboard for the next chapter of their lives.

“Our families meet with our staff a minimum of five times a month, including twice with their family counselor and twice with an academic coach. We have mentoring programs for our adults and our children on everything from nutrition and wellness to career advising,” says Dykstra. The intensive guidance plan works, Dykstra says: “Residents must maintain a 2.0 GPA, but our average is a 3.15.”

Family Scholar House’s Louisville Riverport location, which began accepting residents last December and will have an official grand opening in March, will be the first Scholar House in the state to target services not just to single parents but also to foster care alumni—those who are 18 or over and have aged out of the state’s foster care system. If the new program is successful, KHC hopes to replicate it going forward, King says.

For now, other Scholar Houses across the state will continue to focus on providing much-needed services for single parents like Lauren Perkins, who lived at Bowling Green Scholar House with her son, Jerry Edward Pardue III, now 5, for three years while pursuing her bachelor’s degree in nursing at Western Kentucky University.

Having graduated last May, Perkins, a Warren RECC member, now lives in her own home and has a full-time job as a nurse. “Scholar House allowed me to get my degree and still be with my son,” says Perkins. “It was perfect. My son loved having the other kids around. We loved living there.”