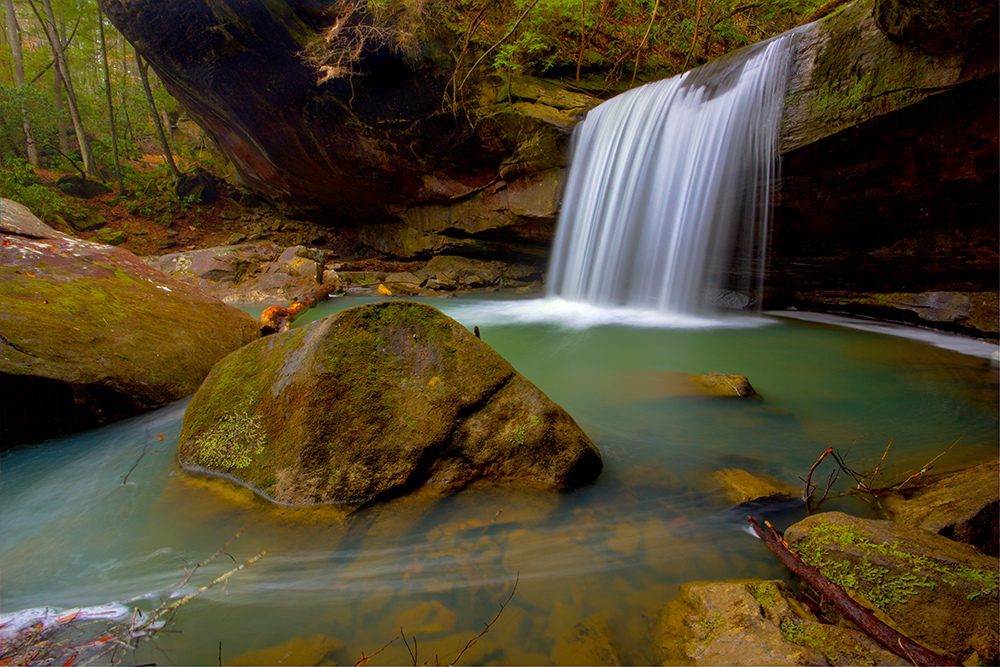 Located in the Daniel Boone National Forest, Dog Slaughter Falls is one of the prettiest waterfalls in Kentucky and could be described as the perfect romantic destination for hikers.

Photographed in late February by land surveyor and outdoors enthusiast Christopher Morris of Independence, a member of Owen Electric Cooperative, he says, “I have a love for the land. I grew up a city slicker near Cincinnati. I now work outside and play outside.”

Morris says, “I have hiked there at least 20 times. The falls is 1.25-miles down the trail, and is relatively a beginner trail. The anticipation is great as you’re walking back the trail. You don’t see the falls until you are right on top of it. You come from upstream, then you get near to where you think the falls would be, then the trail goes up the hill and back around. You’re up above the falls, then the trail winds down the cliff and the falls are off to your right.”

Dog Slaughter Falls is about four miles from Cumberland Falls State Resort Park, accessible off KY-90, on the gravel Forest Road 195. Morris lists the GPS coordinates of the parking lot near the trail as 36.859253, -84.299684. Or, you can hike the Sheltowee Trace #100 (Moonbow Trail) several miles to reach it.

Morris says, “Be sure to go see it in the spring, when the water is flowing best.”