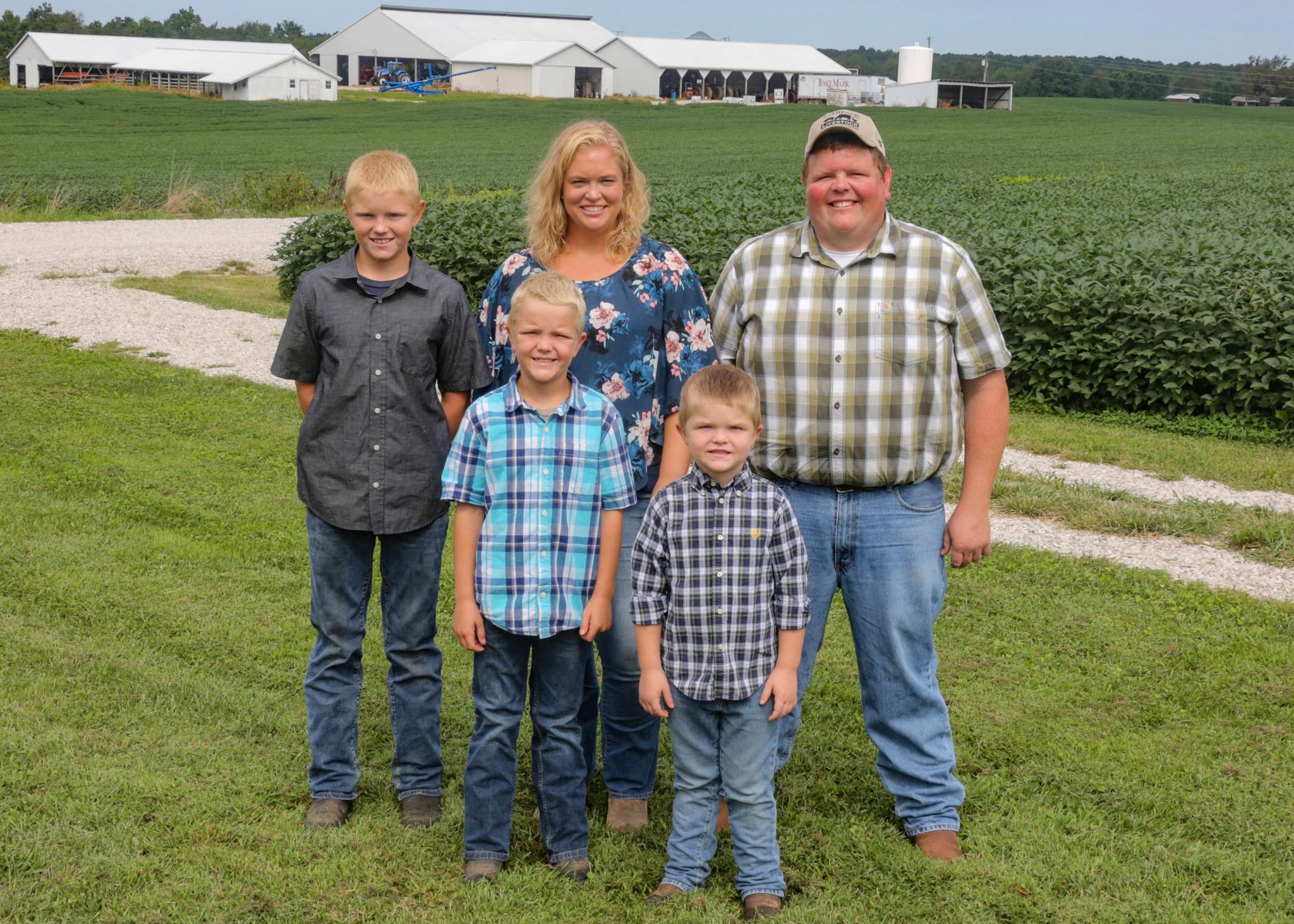 Caleb and Leanne Ragland row crop and raise pigs, with the help of sons—Charlie, 10, Cory, 8 and Carter, 5.

The winners were  announced in December at  the  Farm Bureau’s annual meeting at the Galt House Hotel in Louisville. An outside judging committee selected the winner based on four main criteria: personal growth, financial stability and growth, Farm Bureau leadership and community outreach.

Excited to have been named the 2020 Kentucky Farm Bureau Outstanding Young Farm Family, Leanne says, “It’s nice to have the spotlight and recognition for what we do on a day-to-day basis. Even though we sometimes can see it as mundane, it’s nice to be recognized, to be that young family because there aren’t that many young families out there farming.”

The Raglands are owners of Shady Rest Farm in LaRue County. When it comes to farming, the couple works as a team. Caleb handles business and marketing tasks, while Leanne manages daily office work and the farm’s social media. She’s also busy homeschooling their three sons—Charlie, 10, Cory, 8, and Carter, 5.

“It’s a great contest and a great way for our young farmers to really evaluate what they’re doing on their operation, but also to develop these interview skills that are needed off the farm and that are very important for anybody in today’s society,” says Jackson Tolle, Director of Young Farmer Programs, Kentucky Farm Bureau Federation.

For Tolle honoring Kentucky’s farmers is particularly important. He says, “Whether they’re experienced or young, beginning farmers, we have the best farmers in the country, in my opinion.” And while the award honors the winning family, Tolle believes it encourages other young farmers across the state to enter the contest themselves for the opportunity to spotlight their own farming operation.

The Raglands now can compete nationally against other young farmers across the country at the American Farm Bureau Convention, held virtually this year from January 10-13. The grand prize? A Ford truck, plus other prizes from Black & Decker, Case IH and more.

Looking ahead to this year’s contest, the application is typically available in late winter/early spring, with a  May or June deadline.  Applicants must be between 18 and 35, and they must be Kentucky Farm Bureau members.  To qualify for the contest,  most of an applicant’s  income must come from their  farming operation.

To find out more, visit: