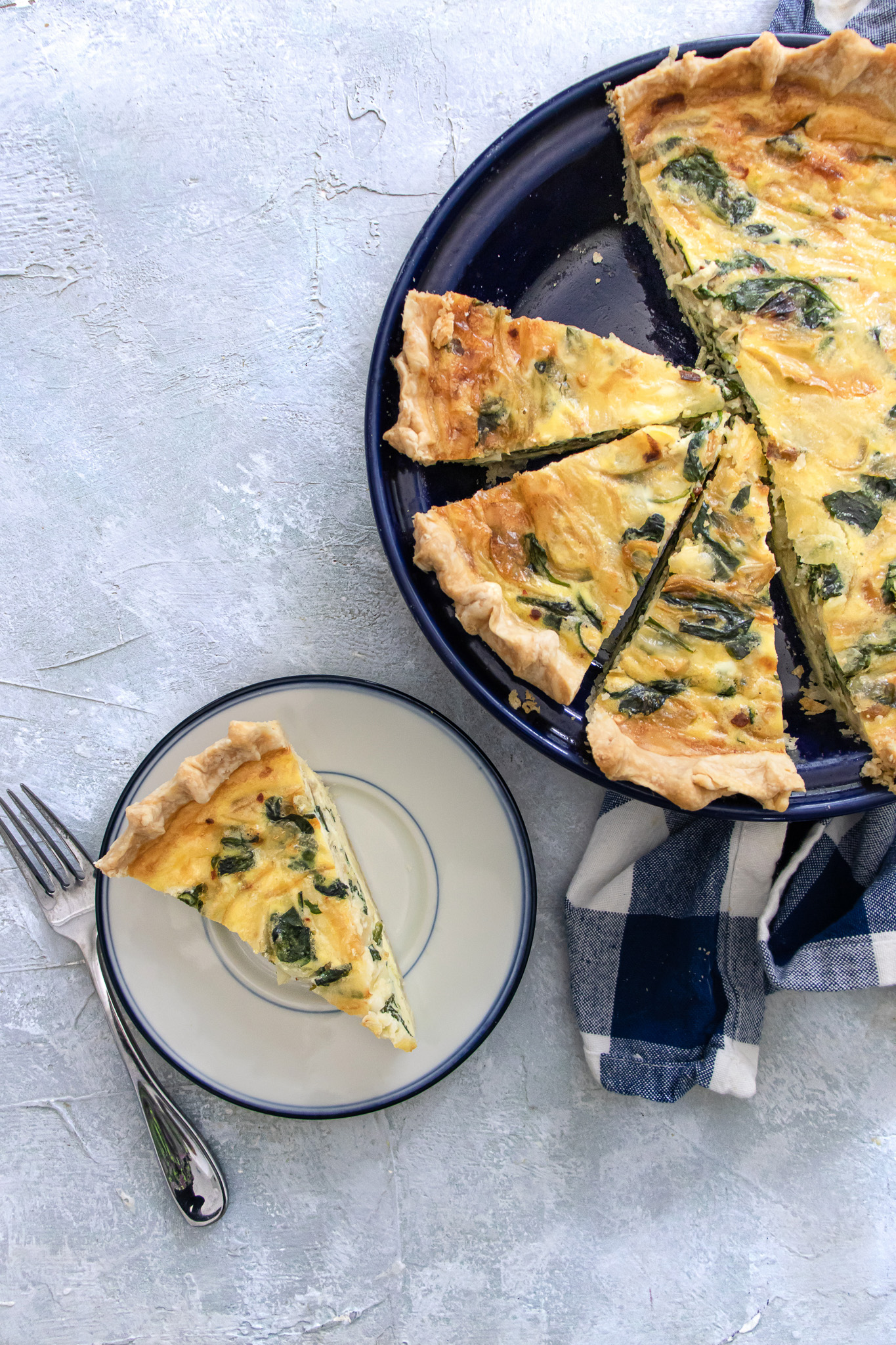 Blind bake pie crust first by placing sheet of wax paper or parchment paper over top of the pie crust, larger than actual pie plate. Pour pie weights or dried beans over paper and spread evenly over bottom of shell, making sure to cover edges and sides.

Bake crust at 350º for 30 minutes. Once finished, remove and let cool until quiche filling is ready. Remove pie weights once crust has cooled.

For caramelized onions, in a large skillet add 1 tablespoon of butter and onion. Cook on medium-low for 30 minutes, stirring often. Make sure to keep an eye on them and do not turn heat up. You can prepare the onions while crust is blind baking.

With about five minutes left on the onions, add in spinach and other tablespoon of butter. Cook until spinach has wilted, then remove from heat.

Pour carefully into pie crust and place in oven to bake at 350º for 45 minutes or until middle is set and doesn’t jiggle. Serves 8.