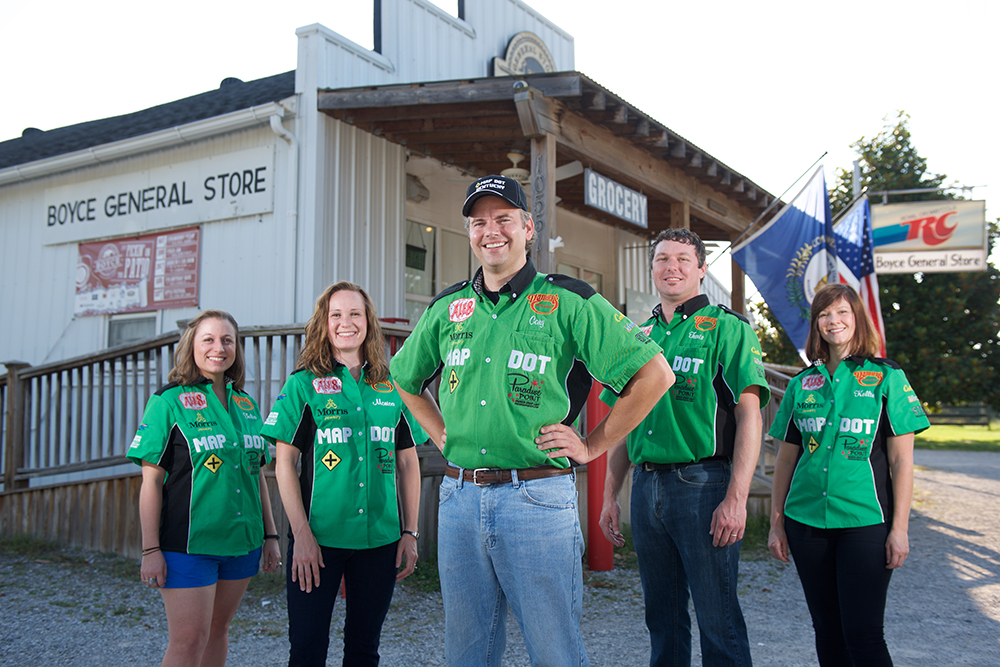 Kentucky has some rather odd town names, but you may be wondering: Where the heck is Map Dot, Kentucky located?

“Map Dot sees our great state like a Norman Rockwell painting. We drive the backroads and dig out the diamonds in the rough to showcase small towns and their values,” says founder Cory Ramsey.

Middleton says, “I met Cory in the summer of 2015 when I was producing the Commonwealth Curiositiesfilm series. I thought what Map Dot was doing was both profound and heroic. The commonwealth of Kentucky is a vast state. Seeing a group going beyond the major cities and showcasing all 120 counties from east to west deserved some sort of recognition. I feel this film tells the story of the hard work, blood, sweat and tears shed by Corey and crew over the years showcasing our great state.”

The documentary provides a background of Map Dot, Kentucky since it launched in August 2013, including crew interviews and a visit to Ramsey’s hometown of Hickman, in Fulton County. The Map Dot, Kentucky crew includes Telia Butler, Monica and Cory Ramsey, Travis Norton and Kellie Reynolds.

Meeting at the Boyce General Store, Alvaton, last summer the crew summer kicked off planning for the documentary. The 1869 general store epitomizes the dots on the map this crew likes to visit and bring attention to. The crew, who all hold down full-time jobs by day or night, spend their weekends and holidays crisscrossing the state.

“We went to every county, all 120, twice,” says Ramsey. “If you point to any spot on a Kentucky map, we have been to within 20 miles of any given spot.” Ramsey says while the group will be doing less traveling, “as the crew has moved on in life with marriages and kids, our goal is to still travel until we hit every single dot on a standard issue Kentucky road map.”

Here are some of Ramsey’s favorite spots to visit and why:

“Horse Cave has the cave downtown but has also incorporated ziplining and rappelling. They are currently putting in a swinging bridge inside the cave. Horse Cave is right off I-65, so it’s a great location and opportunity to pull off and spend a few hours,” says Ramsey.

“For folks who haven’t been to Prestonsburg, it’s really walkable. It’s off U.S. 23. I got out and parked my car and walked to a lot of stores. It’s looked like a little Gatlinburg, with the mist off the mountain during a crisp October day. It’s right next door to Jenny Wiley State Resort Park. You could spend two to three days in the area.

“For adventure, I always send people to Cumberland Falls. I’ve been there 15 times and it is one place where every time you go it’s amazing. It’s awestruck to see the falls in person. You can hike Trail #9 to Eagle Falls, and Trail #10 is not walked that often. There’s also whitewater rafting there.

“You don’t realize Henderson is there, because you come up off the parkway, which puts you on U.S. 41, and shoots you to Evansville, so you bypass it. Henderson has one of the more preserved downtowns, with great architecture, and is waiting to be discovered.

Ramsey adds, “And Maysville is wonderful for its architecture. Owensboro has done a remarkable job with their downtown. It’s top-notch.”