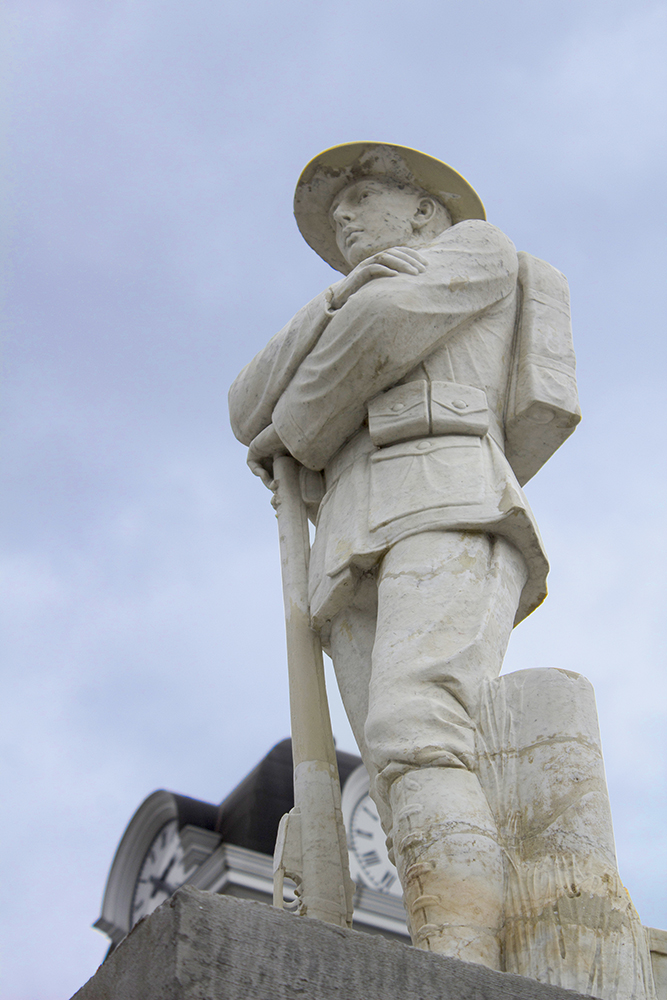 Of the more than 116,000 U.S. casualties in The Great War, 22 were men from Morgan County, where a statue of a World War I “doughboy,” first erected in 1927, is a reminder of veterans’ service and sacrifice.

Doughboy was the nickname for any U.S. soldier in WWI. The origins are unclear, but it’s surmised it may be because Salvation Army volunteers in France cooked millions of doughnuts for the troops.

The statue also stands testament to the resilience of West Liberty which, like the doughboy, still bears the scars of a massive 2012 tornado. Packing winds of 140 miles per hour, the tornado tore through Menifee County, Morgan County and West Liberty’s downtown. Eight people were killed and the region sustained millions of dollars in damage.

“The doughboy is more than just a statue,” says Kerry K. Howard, general manager/CEO of Licking Valley RECC. “He is a symbol of our community.”

Two years after the tornado toppled the statue, linemen from the electric co-op lifted the repaired 800-pound marble monument back into place. A 2016 road-widening project resulted in more repairs and a new pedestal.

It is one of hundreds of doughboy statues erected across the country following WWI.  Other doughboys, in at least eight other Kentucky communities, are cast in metal.

“He stands guard,” Howard says. “He helps us remember our community’s heroes and inspires us to live our lives mindful of their sacrifice.”