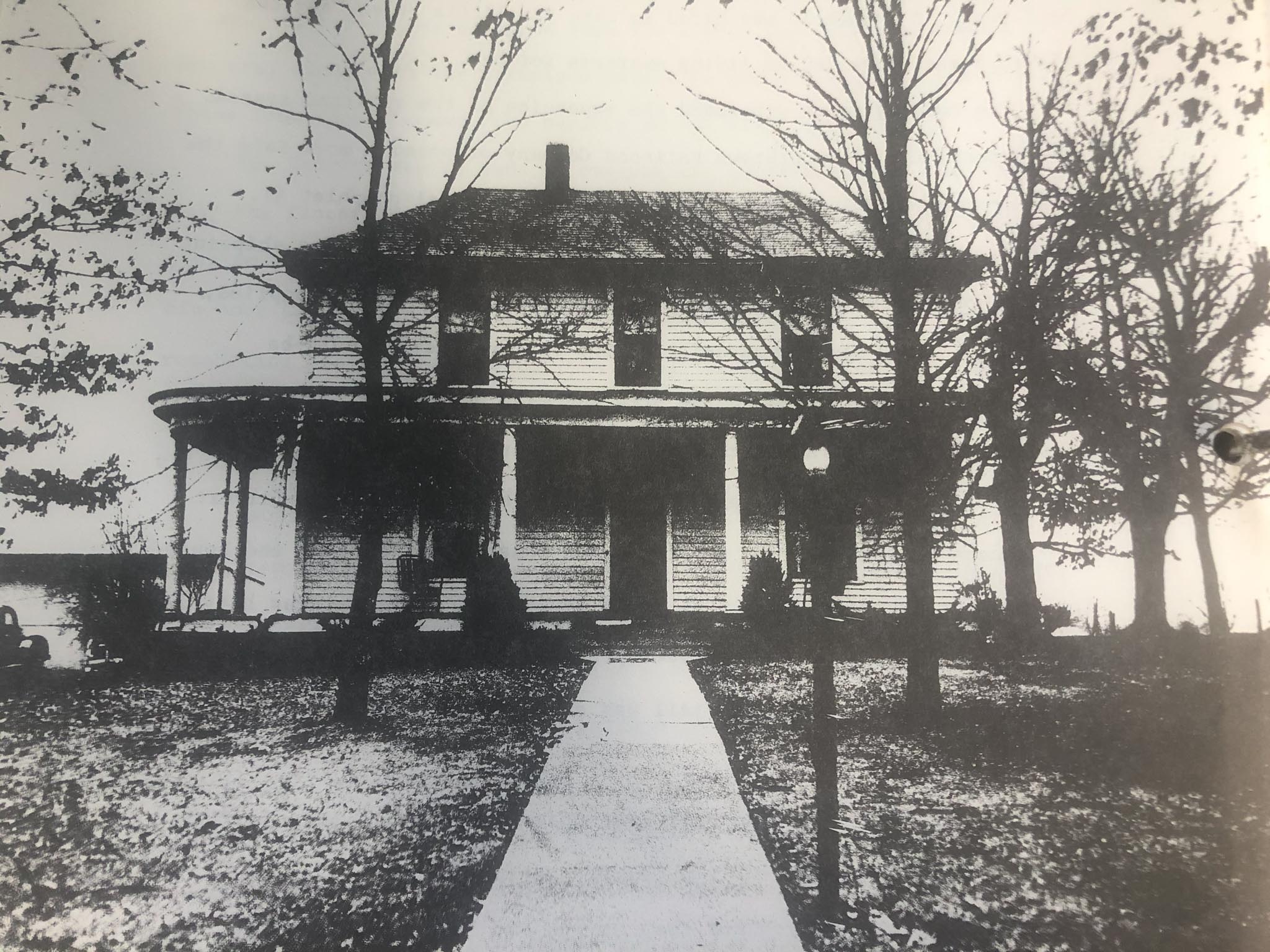 Murder and mayhem, train robberies and houses of ill repute—a rough-and-tumble state like Kentucky doesn’t reach over 230 years of statehood without accumulating its share of scandals.

The Calvert dynasty of Oak Hill

Family money provided John “Calvert” Tichenor every toy a spoiled young boy could want but, alas, no discipline. The son of John and Williford Tichenor, he was born in 1901, a silver spoon in his mouth and a willful recklessness in his blood.

Calvert was raised at Oak Hill, the family home built in 1853 by his grandfather Potilla Calvert, founder of Calvert City. Money was plentiful, Williford having inherited Potilla’s wealth on his death and more coming in thanks to the Tichenors’ store and its slot machines and games of chance.

Tragedy struck in 1922 when Calvert’s father was killed. Of legal age by that time, Calvert continued the high jinks of his misspent youth—landing in jail at one point—and all the while draining the family’s wealth. Then things got worse. In September 1933, the FBI captured notorious gangster George “Machine Gun” Kelly at the Memphis, Tennessee, home of his longtime friend, Calvert Tichenor. It was the same location where Kelly allegedly coined the phrase, “G-men, please don’t shoot.”

With the news broadcast all over the country, Calvert’s mother fled her beloved Oak Hill, ushering in the end of the Calvert dynasty.

“We fear no judge or jury” in Caldwell County

The Black Patch War took place from 1904 to 1909, wreaking havoc in the lives and lands of western Kentucky tobacco farmers as the American Tobacco Company tried to crush them into agricultural poverty.

The conflict spawned the Night Riders, a vigilante group that destroyed crops, land and equipment; and beat and even murdered farmer members of the Planter’s Protective Association, which sought a fair price for their tobacco.

In Smith’s portrayal, speaking as Hollowell, he recalls: “For a number of years it turned our beautiful land into something ugly. The Black Patch War divided communities, tore families apart, ended friendships and turned honest farmers into violent men. The Night Riders used dynamite to blow up warehouses and attacked families while they slept.”

The vigilantes attacked the Hollowell farm in Caldwell County one evening. “We Night Riders fear no judge or jury!” one shouted. It was Price Hollowell to the rescue, facing down the enemy with his testimony in a federal lawsuit in spite of almost certain reprisals, and ultimately winning $35,000 in damages.

“Stabbing and lies” in Horse Cave

Sworn enemies Clarence Owens and Dr. Harry B. Thomas spent years feuding and exacting revenge on each other.

Thomas owned Horse Cave’s Hidden River Cave. Owens threw up a “spite” building to block the view. Owens stabbed Thomas. Thomas beat up Owens. Owens fled to a hospital in Louisville to recuperate, then brought charges against Thomas. Turns out, the “hospital” was actually a brothel. The case was closed.

“We have a marvelous oral history telling of this by storyteller Tom Chaney,” says Sandra Wilson, executive director at the Horse Cave/Hart County Tourist Commission. “It’s one of many short oral histories connected to our award-winning Horse Cave Stories Cell Phone Tour.”

Thomas owned Hidden River Cave, but the tours passed under Owens’ properties and the L&N Railroad. Thomas sued Owens for polluting the cave, and Owens in turn joined with the railroad to countersue Thomas for trespassing. Thomas lost; the cave was closed for 50 years. But that’s not where the story ends.

Dr. Thomas got the last laugh.

Home (not so) sweet home for bandits’ parents

A Baptist ministry student. A young Catholic schoolgirl. A wedding at a family home in tiny Stamping Ground. What could go wrong?

Turns out, if you’re Robert James and Zeralda Cole, plenty.

The young couple married on December 28, 1841, in the home of Zeralda’s uncle and guardian, James Madison Lindsay, at 406 Locust Fork Pike. Then they set about having a family.

Two of their four children would go on to achieve considerable notoriety— the kind that spawns “Wanted, Dead or Alive” posters, high-dollar bounties and headlines screaming across newspapers of the day, not to mention a never-ending stockpile of books and movies: Frank and Jesse James, the notorious train- and bank-robbing outlaws who plagued the country in the mid-19th century.

Due to a 2012 fire, only a burned-out shell remains of the home where Jesse’s parents married and began their life together. Located in an area of Kentucky the brothers visited during their marauding years, it can be seen on Scott County’s Historic Buffalo Geocaching Trail. Geocachers also uncover ties to former Great Crossings Baptist Church pastor Elijah Craig, more familiarly known for his groundbreaking work in bourbon.

Get a taste of the Kentucky Chautauqua program here, where you’ll find links to videos of actors portraying Col. Harland Sanders, frontiersman Simon Kenton and others. You can also learn more about the program itself.

Historic Buffalo Geocaching Trail in Georgetown/Scott County. Download the map and clues at www.georgetownky.com (Click on Venture Outdoors tab under Things to Do). Find the historical marker at 403 Locust Fork Road and the cache farther down the road near the creek bridge.

Black Patch War: The Pennyroyal Area Museum’s exhibit, Kentucky Agriculture and the Black Patch, includes a comprehensive story of the war and a mask worn by a Night Rider. The museum is at 217 E. 9th St., Hopkinsville; www.museumsofhopkinsville.org, (270) 887-4270.